The last piece of Nazi-looted art discovered among the collection of a German pensioner has been returned to its rightful owners eight years after it was found.

Carl Spitzweg’s drawing ‘Playing the Piano’ was handed over to Christie’s auction house on Tuesday at the request of the heirs of its rightful owner, Henri Hinrichsen, after being found in an apartment belonging to pensioner Cornelius Gurlitt in 2012.

The work had been seized from Jewish music publisher Hinrichsen in 1939, two years before he was killed at Auschwitz, and inherited by Gurlitt from his father.

German authorities have now handed over 14 works from a £1billion collection found at two homes belonging to Gurlitt after it was proven they were plundered by Nazis. 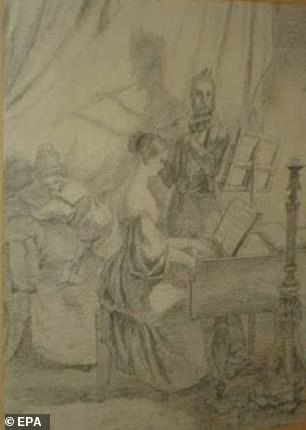 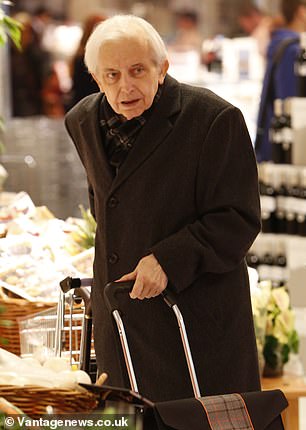 The last piece of Nazi-looted art discovered among a collection kept by German pensioner Henri Hinrichsen (right), Carl Spitzweg’s drawing Playing the Piano (left), has been returned to its rightful owners eight years after it was found 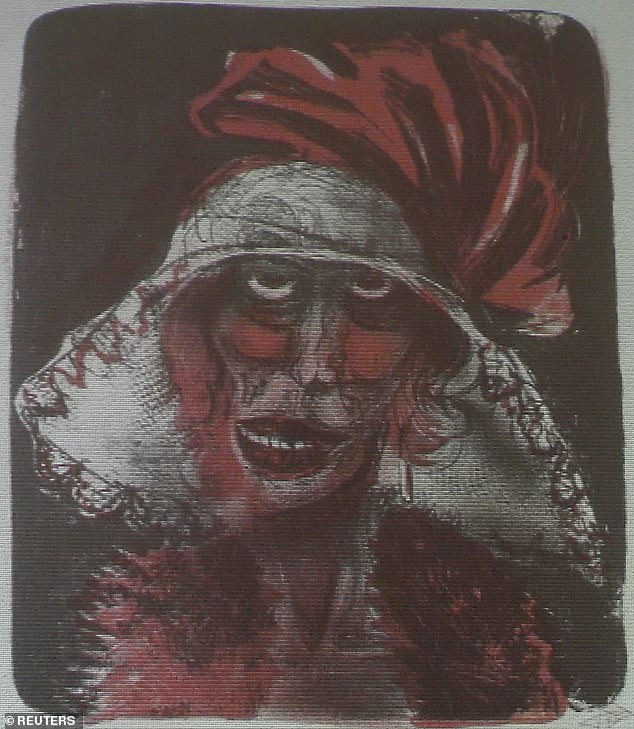 It was bought by Gurlitt’s father Hildebrand Gurlitt, an art dealer who traded in works confiscated by the Nazis, in 1940.

The reclusive Cornelius Gurlitt, who died in 2014, had squirrelled away more than 1,200 works in his Munich apartment and 250 at a property in Salzburg, Austria.

He inherited much of the collection from his father. Authorities first stumbled on the art while investigating a tax case in February 2012.

Gurlitt’s will bequeathed the works to a Swiss museum, the Kunstmuseum Bern.

A German government-backed foundation has been working with it to ensure that any pieces looted from Jewish owners are returned to their heirs. 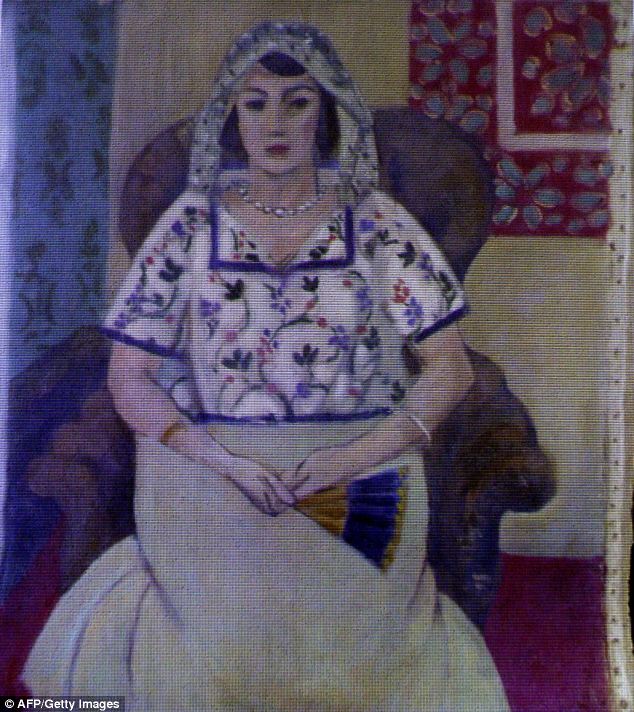 German authorities have now handed over all 14 works proven to be looted by Nazis, including this Henr Matisse painting (pictured), from Cornelius Gurlitt’s £1billion hoard found at his homes in Munich and Salzburg in 2012 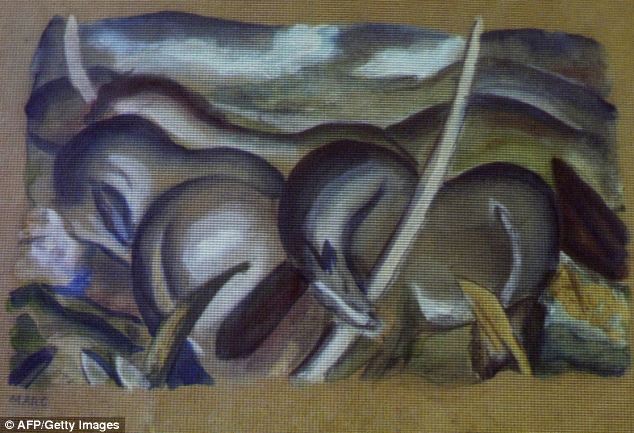 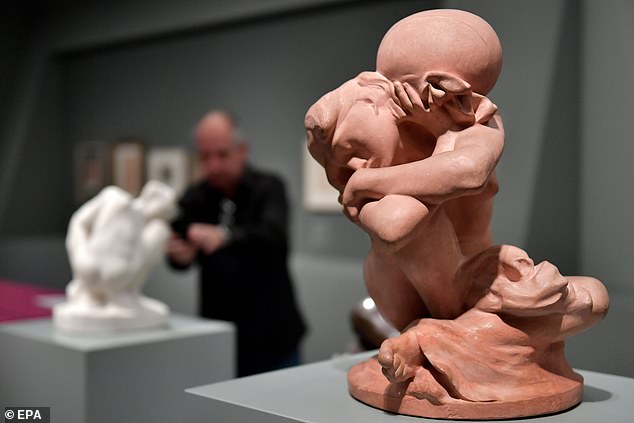 Gurlitt’s will bequeathed the works to a Swiss museum, the Kunstmuseum Bern. Pictured: A terracotta caryatid with an urn by French sculptor Auguste Rodin on display in the exhibition Gurlitt: Status Report Nazi Art Theft and its Consequences at the Art and Exhibition Hall of the Federal Republic of Germany in Bonn in 2017

A trickle of works has been handed back in recent years as the painstaking process of provenance research made gradual progress.

Germany’s culture minister, Monika Gruetters, said it was ‘an important signal’ that all the works so far identified as looted art have been restituted to their owners’ heirs.

‘Behind every one of these pictures stands a human, tragic fate such as that of Auschwitz victim Dr Henri Hinrichsen,’ she said in a statement.

‘We cannot make up for this severe suffering, but we are trying with the appraisal of Nazi art looting to make a contribution to historical justice and fulfil our moral responsibility.’

She stressed Germany’s ‘lasting commitment’ to continue with that appraisal and provenance research.

A German government task force identified the drawing as looted in 2015 but legal complications meant its restitution could not be settled until now, Gruetters said.

Pieces by Picasso, Renoir, Cezanne and Matisse were found at the time.

Mr Gurlitt claimed all the paintings were legally acquired by his father, but at least 500 were previously thought to have been either stolen by the Nazis or strong-armed from Jewish collectors at rock-bottom prices.

However, Hildebrand Gurlitt secretly kept many of the  pictures for himself. 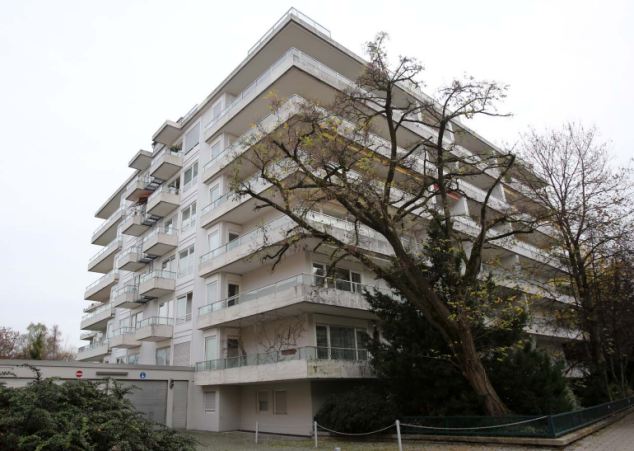 The collection, which includes works by Picasso, Matisse and Dix was discovered inside his Munich apartment 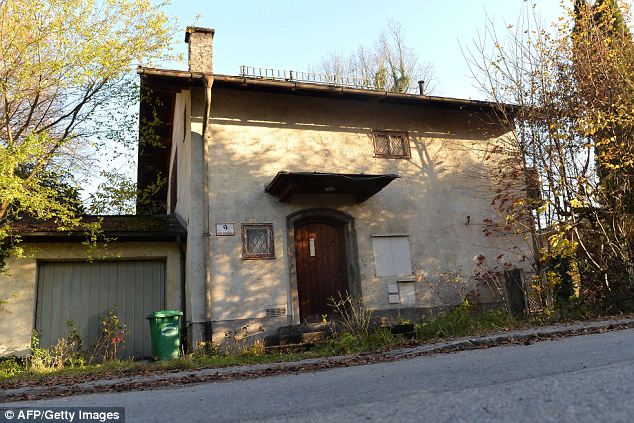 Cornelius Gurlitt’s house in Salzburg, Austria, where 60 works including Picassos, Renoirs and Monets were found

After the war, he was questioned by the American Army’s ‘Monuments Men’ unit but never charged with any crimes.

He lied that the bulk of his collection had been destroyed in the Allied bombing of Dresden in 1945.

In fact, the artworks survived intact and he passed them on to his son, a lifelong bachelor, who said before his death: ‘I never loved anything or anybody in life but my paintings.’

While only 14 of the 1,450 artworks have been proven to have been stolen by Nazis by the German Lost Art Foundation, the origin of around 1,000 pieces remain uncertain.

‘Many questions remain unanswered since there are not many sources of information left, nearly a century later.’

He purchased hundreds of paintings stolen during raids of Jewish homes, businesses and art shops in Germany and Nazi-occupied France.

Gurlitt was an ‘official dealer’ for Adolf Hitler and Josef Goebbels and was later found to be a ‘war profiteer’.

He was instructed by other top Nazi officials to collect artwork for Hitler’s ‘Fuhrermuseum’, which was never built.

Over the years he acquired more than 1,500 paintings, including works by Claude Monet, Pierre-Auguste Renoir, Paul Cezanne, Henri Matisse, Henri de Toulouse-Lautrec and Auguste Rodin, giving some to the authorities and keeping others for himself.

After the war, he was questioned by the American Army’s ‘Monuments Men’ unit but never charged with any crimes. He lied that the bulk of his collection had been destroyed in the Allied bombing of Dresden in 1945.

He went on to be the Director of the Art Association for the Rhineland and Westphalia until his death in a car crash at the age of 61 in November 1956.

His son Cornelius inherited the collection and tried to sell pieces of to support himself in later life.

He gained worldwide notoriety after a raid of his Munich apartment uncovered more than 1,400 of his father’s stolen paintings in 2012.

He died in the flat where they were discovered two years later in 2014.