Netflix‘s upcoming Western film The Power of the Dog lands next month, and while there’s a lot of hype surrounding the film – from the killer cast to the moody cinematography – it’s Benedict Cumberbatch’s pretty extreme acting methods that have got people talking.

During a recent interview, the Sherlock star revealed that he went full method for the role, refusing to speak to co-star Kirsten Dunst the entire time they were on set together.

In the film Cumberbatch plays gruff cowboy Phil Burbank who has a strained relationship with his brother George’s (Jesse Plemmons) wife Rose Gordon (Dunst). Which is why, according to Cumberbatch, he chose not to speak to the star during filming, deciding instead to stay in character and adding that she did the same. 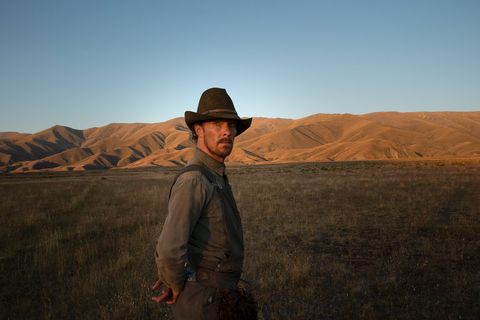 “I didn’t want to be really mean to Kirsten, but I needed to stay in character,” he told NME. “So I didn’t speak to her on-set. She was the same. We were the negative to each other’s positive. [We were] repelled by each other.”

The interview also reveals that Cumberbatch went method for the role, not washing during filming, refusing to answer to ‘Benedict’, and smoking rolled cigarettes with no filter throughout days on set.

At least Kirsten and Benedict were on speaking terms at the premiere, or we would have had a very awkward red carpet.

The Power of The Dog is out on Netflix 1st December.