By Sean O’grady For Mailonline

He rose to international fame as Simon Basset, the Duke of Hastings on Netflix hit Bridgerton.

And Rege-Jean Page cut a dapper figure as he attended the premiere of The Harder They Fall in London on Wednesday.

The actor, 31, sported a black blazer with a cream detail which he paired with matching trousers and a crisp white shirt. 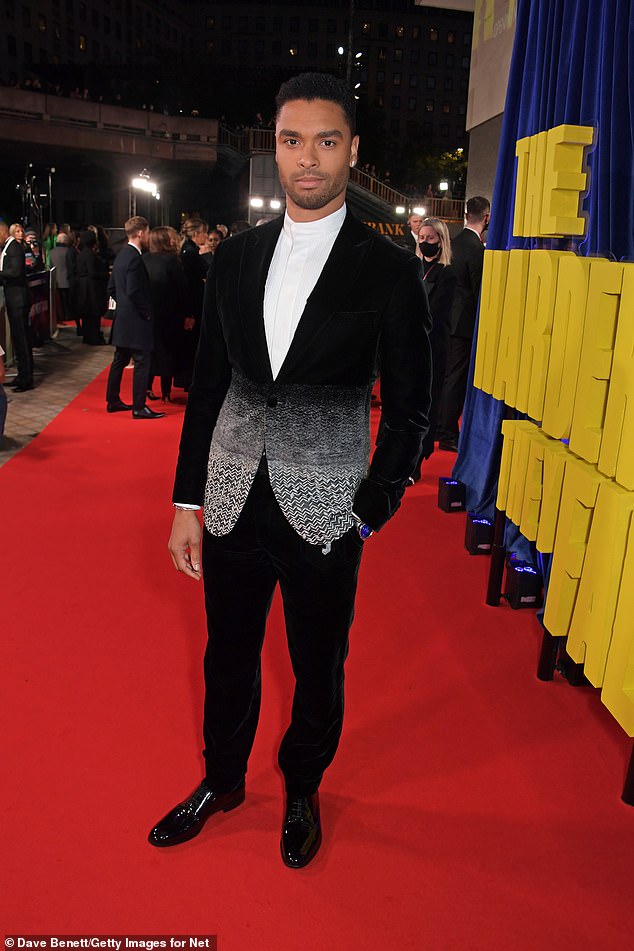 Suave: Rege-Jean Page cut a dapper figure as he attended the premiere of The Harder They Fall in London on Wednesday

The former Bridgerton star posed for a snap with Tendo Nagenda, the VP for Original Films at Netflix.

The Harder They Fall opened the much-anticipated BFI London Film Festival midweek and the film follows actor Jonathan Majors’ character Nat Love, an outlaw who assembles a gang to take revenge on his rival Rufus Buck, played by Elba.

BFI London Film festival director Tricia Tuttle said of the film: ‘This is brutal and funny genre film-making … It’s rare for a debut film-maker to pull off something this ambitious and accomplished in their first feature.’

It comes after Rege-Jean is now hot favourite to replace Daniel Craig as James Bond after Daniel’s 15-year run as 007 ended with the release of No Time to Die. 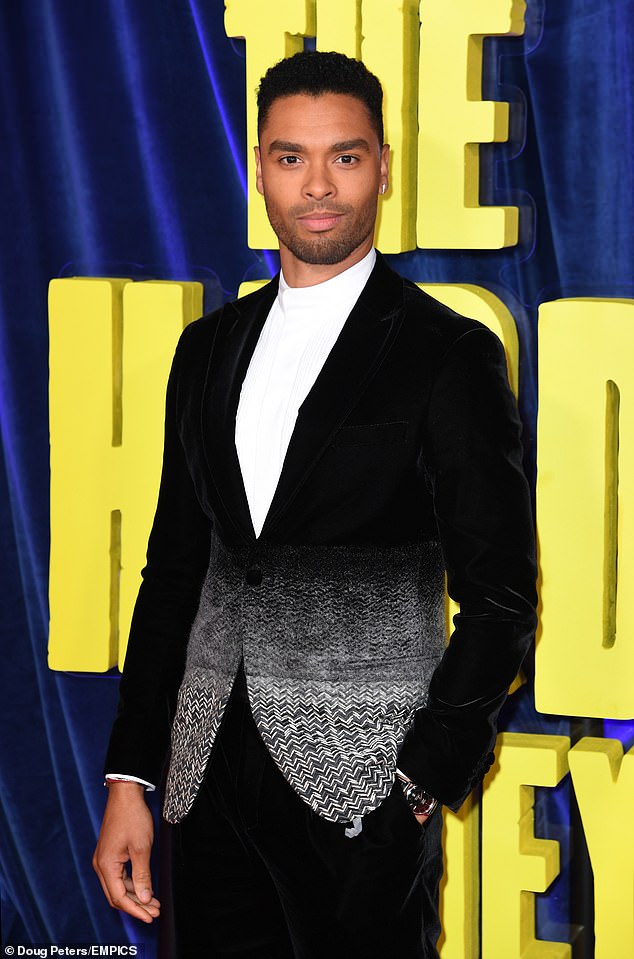 Dapper: The actor, 31, sported a black blazer with a cream detail which he paired with matching trousers and a crisp white shirt

The actor is now just 4/5 in the betting stakes, as bookmakers tip Page to play the suave character next.

Alex Apati of Ladbrokes said: ‘It’s looking increasingly likely Bond chiefs have made their minds up in the hunt for Daniel Craig’s replacement, with Rege-Jean Page now clear favourite in the betting.’

Elsewhere, Tom Hardy, at 4/1, is now the only other name priced shorter than 5/1 to land the role, having previously been a long-time favourite.

Other names suggested by the bookmaker include James Norton who comes in at 5/1, Luke Evans at 6/1, Henry Cavill at 8/1 and Idris Elba at 10/1. 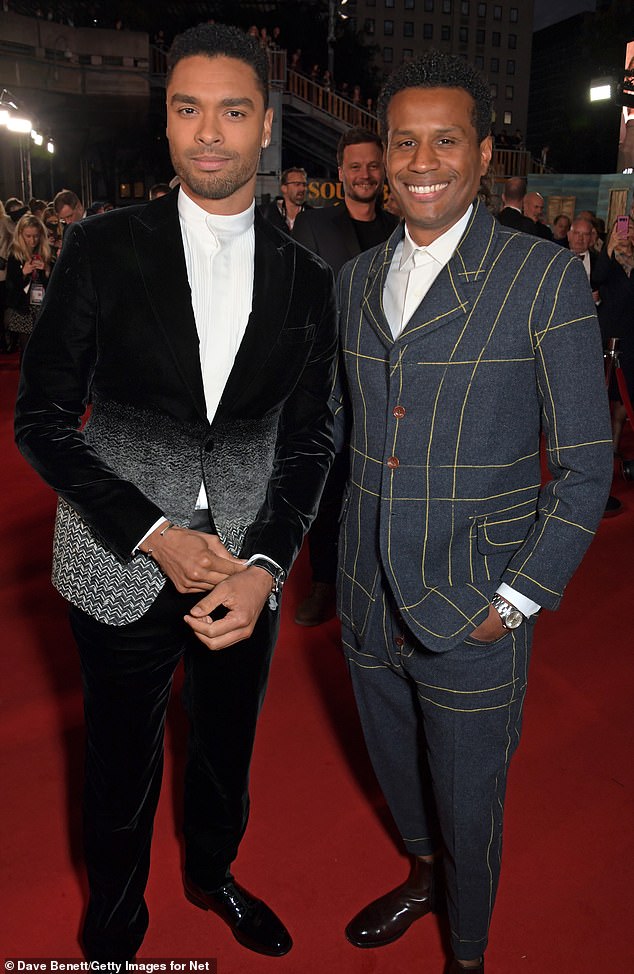 Event: The former Bridgerton star posed for a snap with Tendo Nagenda, the VP for Original Films at Netflix

Rege-Jean previously admitted that he’s ‘flattered’ to be included among a host of British stars tipped for the iconic role.

He told The Mirror: ‘Ah, the B word. I think that if you are British and you do anything of note, that other people take notice of, then people will start talking about that.’

Rege-Jean added: ‘I think that’s fairly normal and I’m flattered to be in the category of Brits that people have noticed. Nothing more – or less – than that.’

However despite being the bookies favourite, Regé-Jean said he was bemused by the idea of making any plans at ‘this moment in history’ and has ‘given up’ doing so.

The star also admitted that he can be a bit of a ‘racehorse’, often signing onto a project and focusing completely on it with the ‘blinders on’. 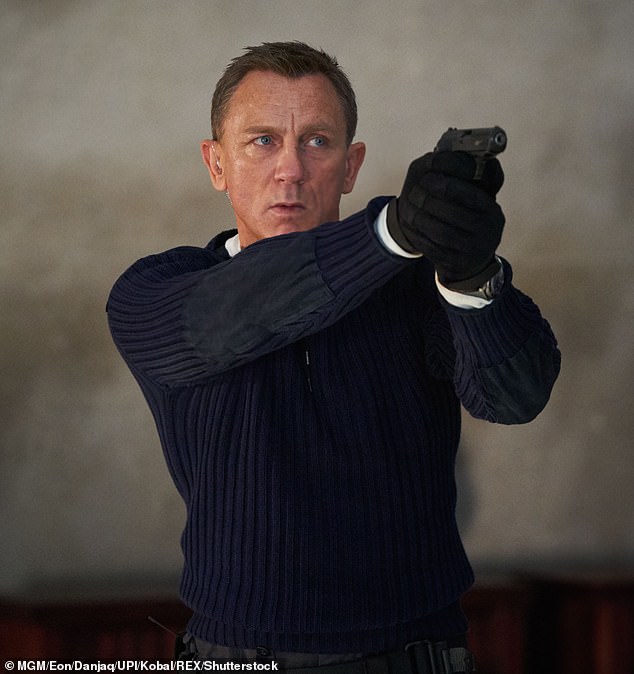