By Ashleigh Gray For Dailymail.Com

They have been going strong since debuting their PDA-packed romance earlier this year.

And Kourtney Kardashian and her beau Travis Barker, 45, posted identical snapshots of bride and groom skeletons to their Instagram accounts on Saturday.

The photo was among many Kourtney, 42, posted capturing her elaborate Halloween decorations at her Calabasas home. 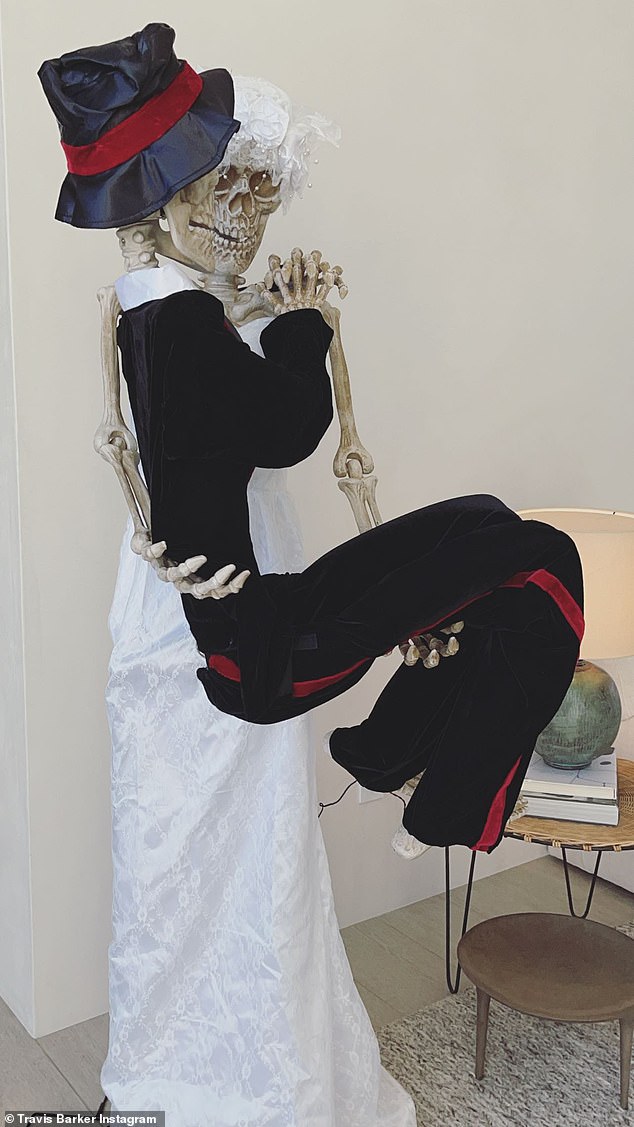 Wedding bells? Saturday Kourtney Kardashian appeared on Instagram to share a snapshot of bride and groom skeletons, and her beau Travis Barker shared the same image on his page

Since going public with their relationship in February, they’ve done little to quell the swirling rumors around their coupling.

At different moments throughout recent months there’s been speculation that they’re planning a baby and/or marriage.

With Saturday’s identical posts, they’re adding fuel to the fire.

In the picture one mannequin wears a lacy white gown with a white headpiece and holds a second figure, dressed in a black sweatsuit with a red stripe going down the leg, and a matching black and red bucket hat. 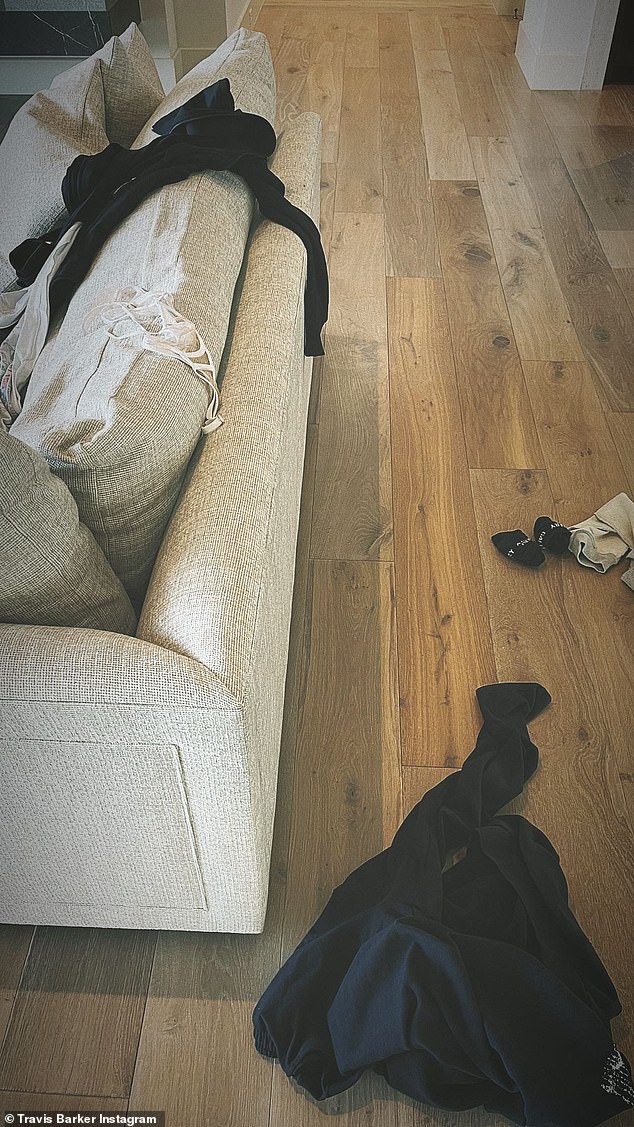 Dropping hints: Also on Instagram Saturday was another suggestive post by the Blink-182 drummer. Barker snapped a photo of a living room that had pieces of clothing strewn about

Barker snapped a photo of a living room that had pieces of clothing strewn about.

On a grey couch there was a pair of lacy white underwear, along with a black article of clothing.

On the floor his 5.3 million followers can see black sweatpants and a pair of black socks nearby. It’s not unusual behavior from the rockstar, who’s posted similar content before. 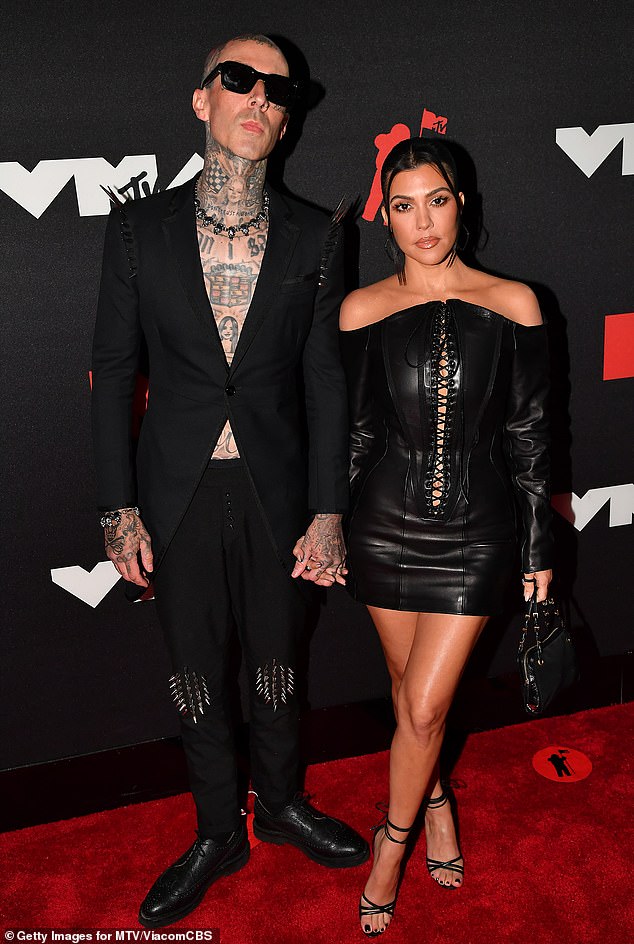 Talk of the town: Since going public with their relationship in February, they’ve done little to quell the swirling rumors around their coupling

After being neighbors and friends for over ten years, Kardashian and Barker took their relationship to the next level early this year. 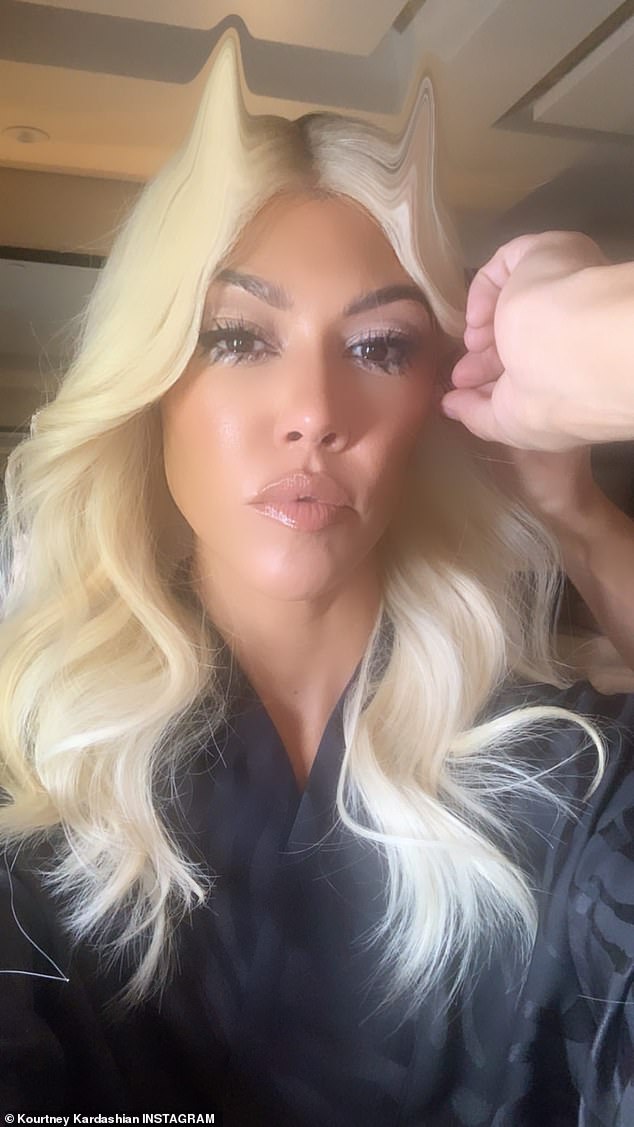 Blonde devil: Kourtney continues to post themed content after sharing pictures of the elaborate Halloween decorations at her Calabasas home on Friday 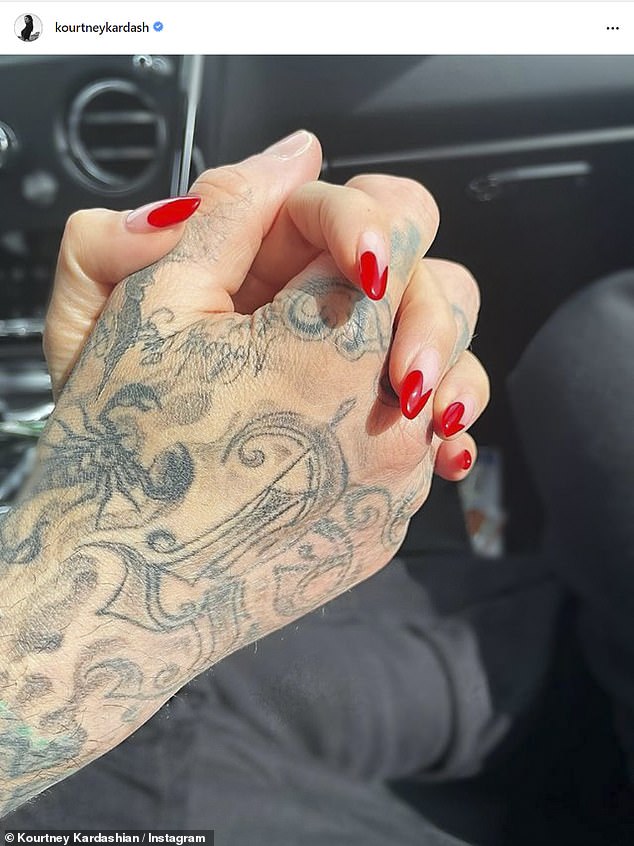