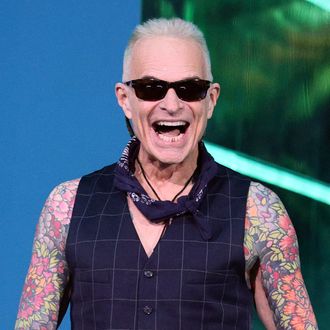 David Lee Roth, the original lead singer of the rock band Van Halen, will conclude his career this January. “I’m throwing in the shoes. I’m retiring,” he told the Las Vegas Review-Journal over the phone on October 1. The 66-year-old musician said he thought he would be the first band member to die instead of Eddie Van Halen, who died of cancer last year. “Diamond Dave” added that his doctors and handlers had compelled him to consider how being onstage impacts his health.

Roth said there will be 75 rehearsals for each of his final five shows, which will take place in Las Vegas. The last is scheduled for January 8, 2022. “We are bringing it in classic VH style,” he said, adding that he and drummer Alex Van Halen are the only version of the band. “There is no torch being passed.”

The Van Halen News Desk fansite later published a 6-minute recording of Roth’s side of conversation with the Las Vegas Review-Journal. “I’ve given you all I’ve got to give,” he said at the end of the call. “It’s been an amazing, great run, no regrets, nothing to say about anybody. I’ll miss you all. Stay frosty.”

Bill Maher: Defunding the police came from wokeness and will get people killed – Fox News

NXT recap & reactions: The last step to In Your House – Cageside Seats