Prince William and Kate Middleton are determined to make sure their children don’t experience the intense pressures that come with royal life.

The Duke and Duchess of Cambridge are proud parents of three: Prince George, 8, Princess Charlotte, 6, and Prince Louis, 3.

In this week’s issue of People magazine, royal historian Robert Lacey revealed that the couple, both 39, are “very conscious of the different destinies awaiting their three children.”

“William is working with Kate to help all their children develop what they find personally fulfilling,” he shared.

PRINCE WILLIAM ‘IS UNDER PRESSURE LIKE NONE BEFORE’ AS THE FUTURE KING, ROYAL AUTHOR CLAIMS 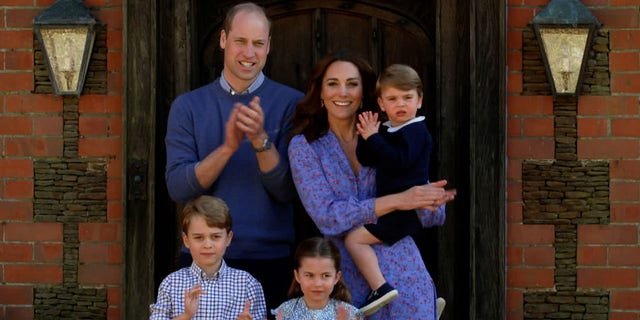 Lacey, who is also the official consultant on Netflix’s “The Crown,” has updated his book “Battle of Brothers: William and Harry – The Inside Story of a Family in Tumult” with added chapters and new material. In the original book, which was published in 2020, the British author addressed the ongoing woes impacted by the royal family.

According to the outlet, the duke and duchess are “very present parents” who always make time to do the school drop-off and pickup, as well as be home in the evening for dinner.

“As royal parents, both Kate and William have focused on… working to ensure that all three of their children enjoy the peaceful childhood that eluded William and Harry,” wrote Lacey.

While Middleton had a more quiet upbringing, William publicly lost his mother Princess Diana in 1997.

Back in 2020, royal expert Tom Quinn told Fox News that Middleton has provided a stable home life for William. The prince previously admitted that his mother’s death has had a profound impact on his mental health. 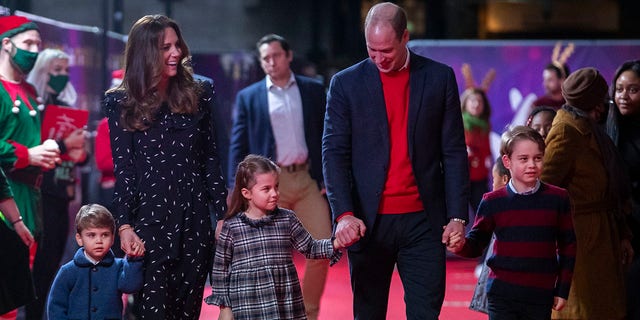 Prince William, Duke of Cambridge and Catherine, Duchess of Cambridge with their children, Prince Louis, Princess Charlotte and Prince George, attend a special pantomime performance at London’s Palladium Theatre, hosted by The National Lottery, to thank key workers and their families for their efforts throughout the pandemic on December 11, 2020 in London, England.
(Photo by  Aaron Chown – WPA Pool/Getty Images)

“Kate has been a perfect [companion] because she’s so calm and stable — and that’s what he needs,” said Quinn. “I’m not saying she’s sort of a second mother, but there’s an element of that. She’s… a rock. It’s a bit of a cliché, but she’s someone who just doesn’t have a history that’s all over the place. She’s very calm, very rational. And I think that’s why the royal family feels safe.”

“She also does something which is absolutely key to being happy while also being a member of the royal family,” he continued. “Whatever the press may say about you, you don’t complain and you don’t explain. And Kate is very good at that.”

William met Middleton at the University of St. Andrews. The couple tied the knot in 2011 at Westminster Abbey in a ceremony televised globally.

William is second in line to the British throne after his father Prince Charles. Over the years, William has taken on numerous charitable activities, projects and official duties in support of his grandmother, Queen Elizabeth II.

In May, William and Middleton launched their YouTube channel where they chronicle their duties as senior members of the royal family.

Back in March, William became the first British royal to speak out about accusations of bigotry made by his younger brother Prince Harry and his sister-in-law Meghan Markle during a sit-down with Oprah Winfrey.

The interview revealed tensions between the brothers, who had long been seen as close and who supported each other after the death of their mother.

When asked about his relationship with William, Harry said: “Time heals all things, hopefully.”

Melanie C tears up over DWTS elimination: I had such high expectations – Page Six

Ana Navarro slams Donald Trump Jr. after his dig about obesity: Your dad is a phone call away… assuming he answers your calls – Yahoo Entertainment