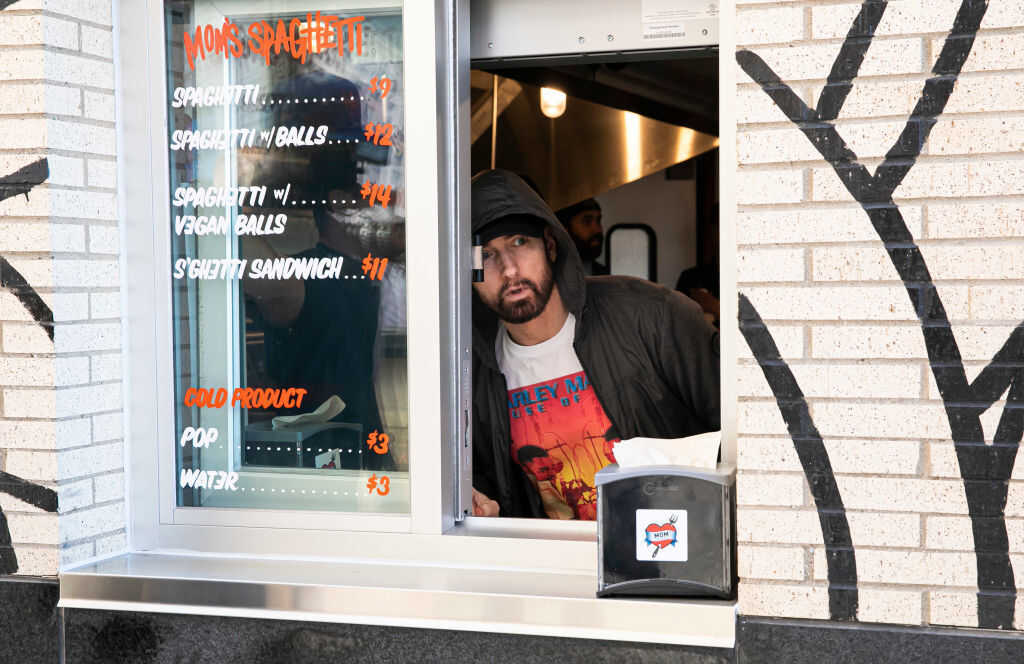 Eminem serves customers on the opening night of his restaurant Mom’s Spaghetti in Detroit on Wednesday. 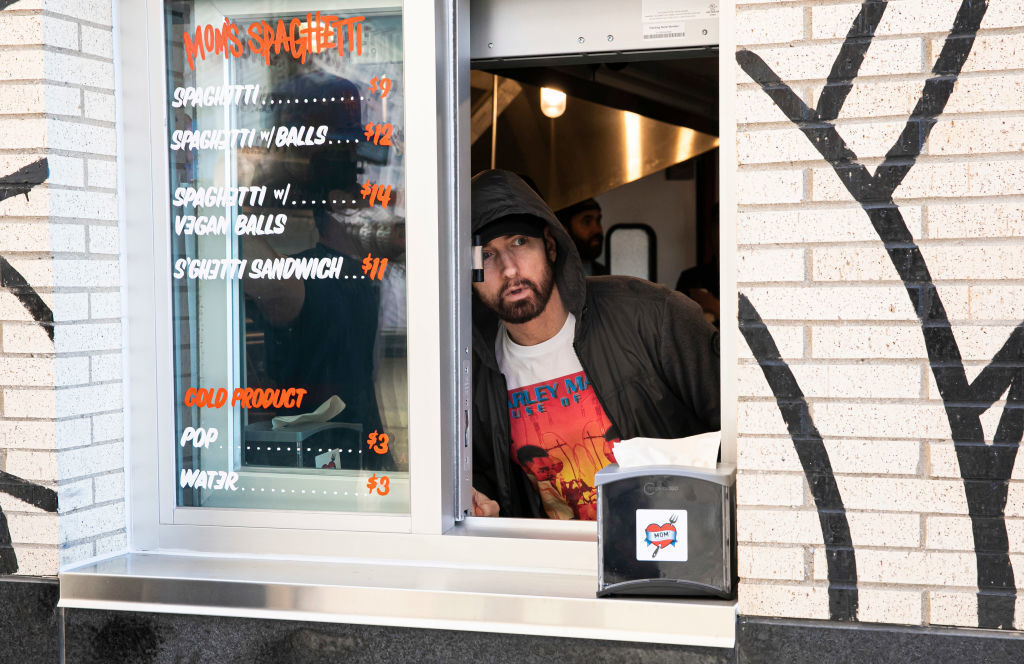 Eminem serves customers on the opening night of his restaurant Mom’s Spaghetti in Detroit on Wednesday.

Rapper Eminem’s seminal song “Lose Yourself,” from the 2002 film 8 Mile, has likely inspired many listeners and artists with its urgent, motivating lyrics.

And now it’s also inspired a pasta restaurant, thanks to this memorable line:

A new restaurant called “Mom’s Spaghetti” opened in the artist’s hometown of Detroit on Wednesday.

The concept restaurant is actually the result of a partnership between Eminem’s team and a local restaurant group, and started as a pop-up shop in 2017.

“Mom’s Spaghetti” has made appearances at several Eminem live festival performances since then, and delivered food to frontline hospital workers and COVID-19 vaccinators in Detroit during the pandemic, according to a press release.

Paul Rosenberg, Eminem’s manager, said in a statement that the response from fans has been “overwhelmingly positive,” calling the previous pop-ups “really a test for us to determine whether there was enthusiasm for a regularly-occurring Mom’s Spaghetti spot that would be open all year long.”

The brick-and-mortar space consists of a walk-up restaurant window and an upstairs merchandise and memorabilia store called “The Trailer” (in another nod to 8 Mile). The store is small and “limited to eight Stans” at a time, the release says.

The restaurant’s menu is simple, offering spaghetti (plain, with meatballs or vegan “rabbit balls”) and ‘sghetti sandwiches all for under $15.

“We’re proud of the fact that we created a scratch sauce that tastes like it’s straight from the jar, and wok-firing the noodles gives it that leftover pasta snap,” said Curt Catallo, co-owner of Union Joints Restaurant Group. “The walk-up window and small diner-like spot for people to eat add to the feeling that this is a homegrown, DIY experience.”

A local commercial helped get the word out ahead of the restaurant’s grand opening on Wednesday evening. The Detroit Free Press reports that many fans camped out all day for a spot in line, which later stretched for blocks.

And some lucky stans got more than just a takeout box of spaghetti. Eminem made a surprise appearance, serving the first 10 fans in line both food and selfies. The generally reclusive rapper and his entourage then piled into a pair of SUVs and sped away, the Detroit Free Press observed, “chased Beatlemania-style down Woodward by packs of fans.”

This story originally published in the Morning Edition live blog.