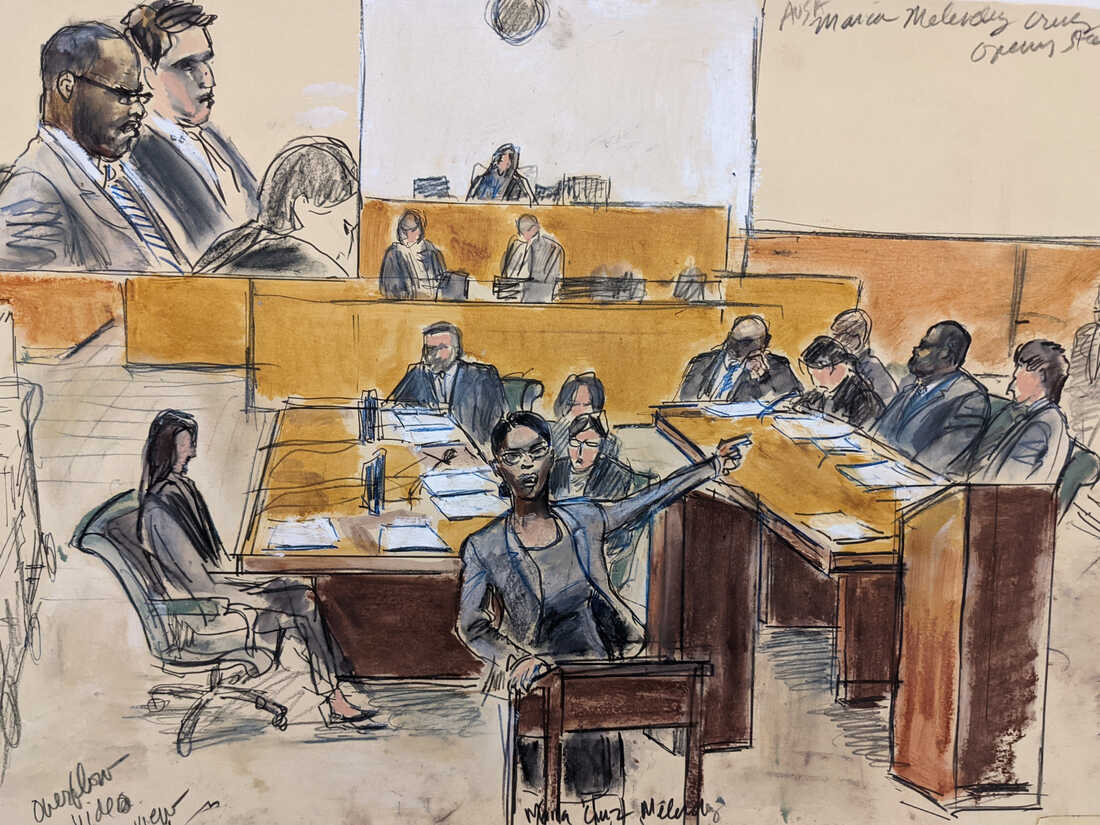 A courtroom artist sketch of opening arguments in the federal case against R. Kelly. Prosecutors called the pop star a “predator” who used his fame to lure girls, boys and women into becoming sex abuse victims. 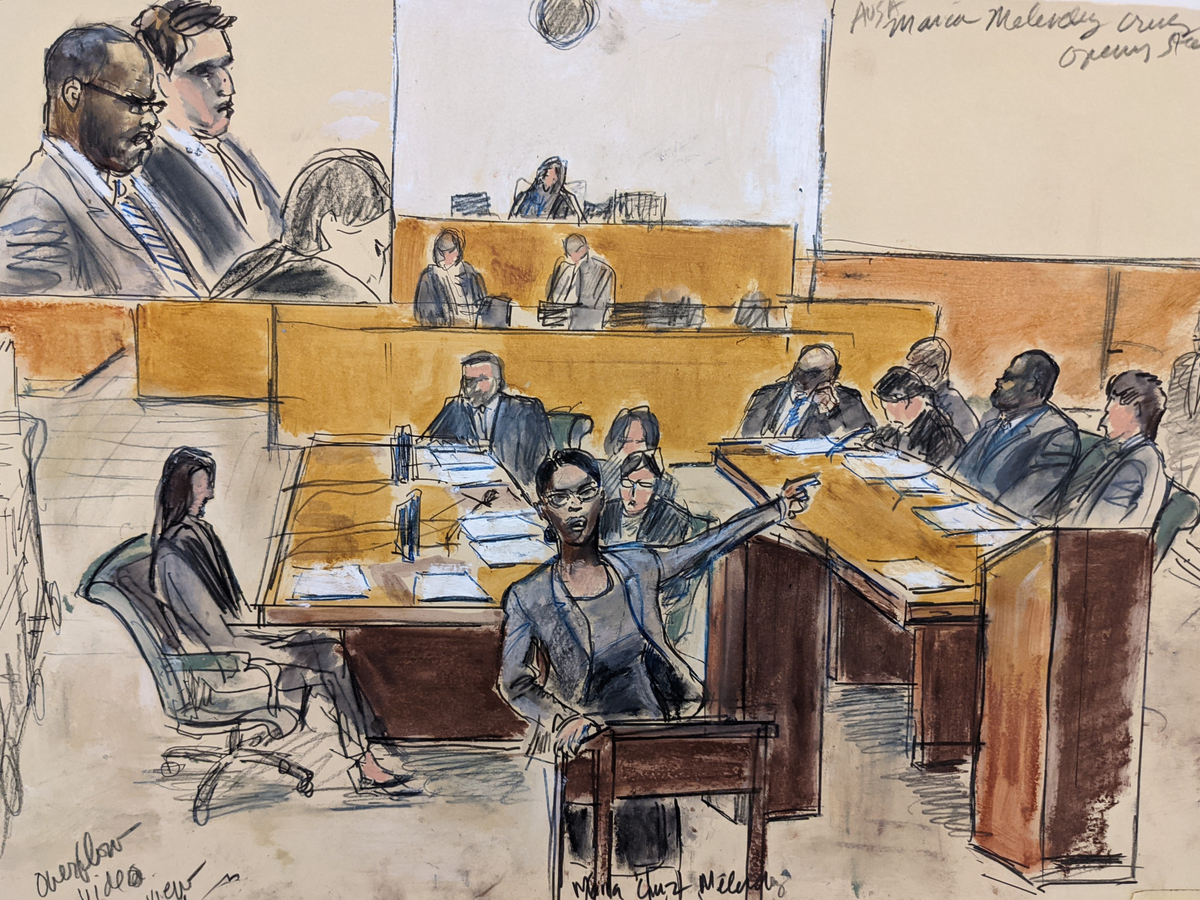 A courtroom artist sketch of opening arguments in the federal case against R. Kelly. Prosecutors called the pop star a “predator” who used his fame to lure girls, boys and women into becoming sex abuse victims.

Kelly is facing a number of charges that go back decades: sexual exploitation of a minor, kidnapping, forced labor and more. Central to the federal government’s case against him is a racketeering charge which positions him at the head of a criminal enterprise working together using Kelly’s fame to lure potential victims of sex crimes. Kelly has pleaded not guilty to all charges.

This is the fifth week of testimony. During that time prosecutors have called on 45 witnesses, including 11 alleged victims, to sketch out a pattern of Kelly’s behavior.

For instance, the second accuser, who went by “Jane,” testified early on in the trial that at age 17, she was an aspiring R&B singer and met Kelly at a music festival. A member of Kelly’s entourage gave her Kelly’s phone number. Hoping to further her music career, Jane met him for an audition, where Kelly immediately pressured her into sexual activity.

“I told him I did not come to please him, and that I was coming for an audition,” she said.

Jane ended up living with Kelly at his home in Chicago, and entered into a relationship with him in which she was expected to abide by certain rules. She had to dress in baggy clothing. She couldn’t acknowledge other men. She couldn’t go to and from rooms without permission from Kelly or one of his assistants. Breaking these rules resulted in punishments, usually spanking.

A common thread in witness testimonies was Kelly’s iPads. Witnesses testified that he kept a backpack full of the devices and used them to record his sexual encounters and doling out punishments, as well as for surveillance of his live-in girlfriends.

Another repeated theme was the letters Kelly would have people in his orbit write. One accuser, dubbed “Anna,” met Kelly when she was 19 or 20 years old after a concert in South Carolina in 2016. After entering into a relationship with Kelly similar to Jane’s, Anna testified that Kelly ordered her multiple times to write letters containing untrue statements. One letter read aloud in court had Anna apologizing for working with her mother to blackmail Kelly. When asked by the prosecution if anything she’d written in that letter was true, Anna replied, “No.”

The trial has also coincided with the 20-year anniversary of the death of the pop star Aaliyah, as well as her music arriving on streaming services. Early on in the trial, Demetrius Smith, a former tour manager for Kelly, testified that he helped organize the marriage between Kelly and Aaliyah when the pop star was 15 years old. Smith testified that Kelly believed that Aaliyah was pregnant, and being married to her would potentially prevent him from being prosecuted for having sex with a minor.

The defense has started to present its witnesses today.