Reese Witherspoon and Jennifer Aniston recently revealed that Christina Applegate would be their ideal pick for a new cast member on The Morning Show.

The performers said Applegate was their top choice while talking to Entertainment Tonight ahead of the premiere of the show’s second season later this week.

Witherspoon, 45, was the first to point out that she would be interested in having her on the series, seeing as she – like Reese – played one of Aniston’s sisters on Friends.

‘We need Christina Applegate to join us…That would be fun,’ she remarked. 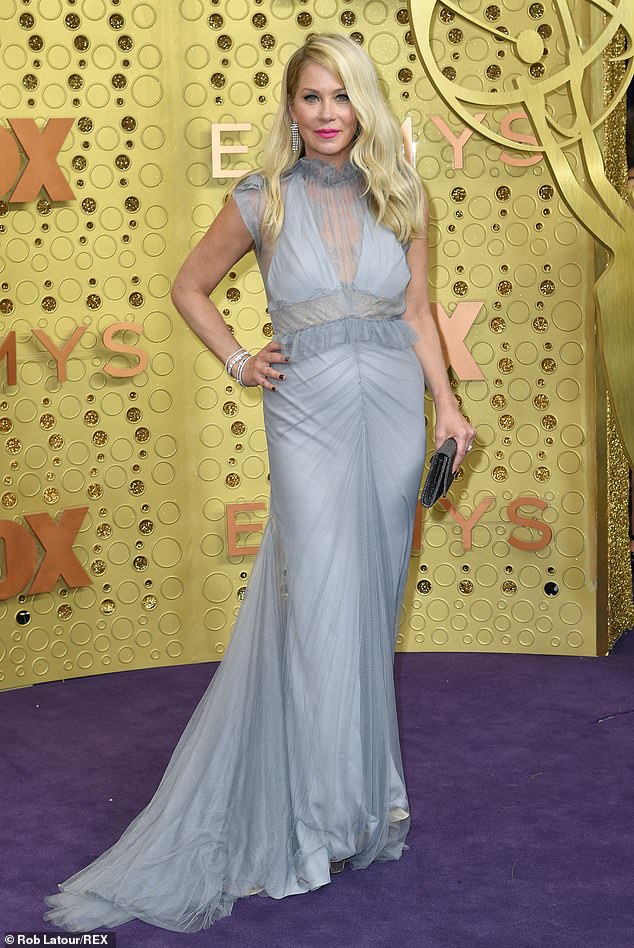 Prime pick: Reese Witherspoon and Jennifer Aniston said they’d love to have Christina Applegate join the cast of The Morning Show; she is seen at the 71st Annual Primetime Emmy Awards in 2019

Enthusiastic: During an interview, Witherspoon expressed that having Applegate on the program ‘would be fun.’ The three actress all previously appeared in the hit sitcom Friends

Aniston, 52, echoed her castmate’s sentiment and remarked: ‘We do…we should do something like that.’

The Big Little Lies star then spoke to the performer about Friends’ recently-released HBO Max special and noted that the episode made a significant impression on her.

‘It was so moving. I found it so emotional. I cried three times watching you guys. It reminds me of a time in my life. Y’all lived it, but we watched it. It was important to me,’ she said.

Witherspoon added, ‘I remember having a little baby, and being a mom, and you guys were my friends.’ 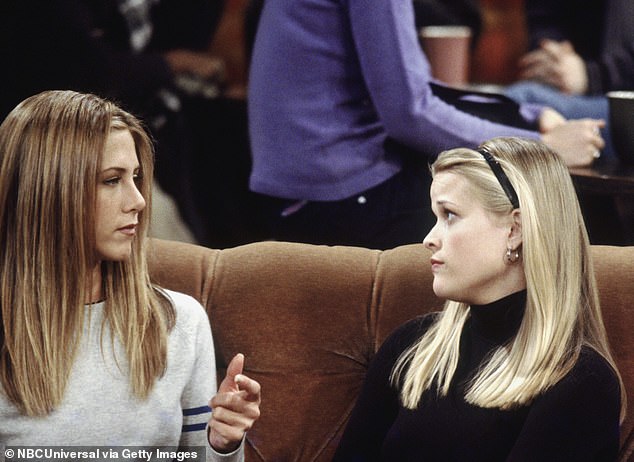 Emotional: Witherspoon is seen as Rachel’s sister above in the 2000 episode The One with Rachel’s Sister 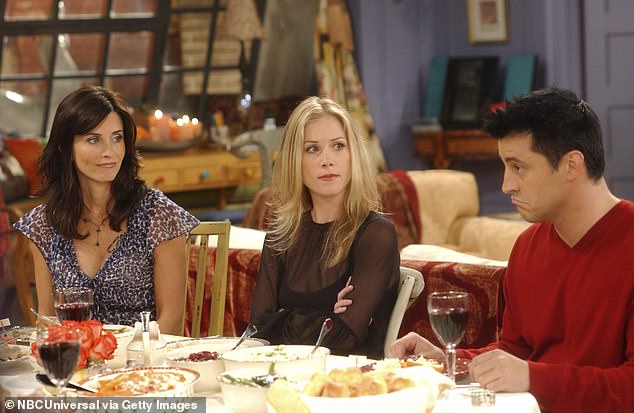 Looking back: Applegate is seen in the 2002 episode she played Aniston’s sister, The One With Rachel’s Other Sister

Aniston then pointed out that she and her castmates had come a long way ever since the end of the hit sitcom.

She said, ‘going back and watching Reese, like, the clips of Reese and myself in the day, we were such babies ourselves…We were so cute. Who knew that our whole lives were sort of ahead of us? It’s just crazy to think from there, here we sit.’

The topic of conversation then changed to the upcoming season of The Morning Show, and the performer noted that the onset of the global pandemic greatly affected plans for the second run of episodes.

‘When we locked down was when we realized that we had to go back to the drawing board and try to figure out how do we incorporate this into the show,’ she said.

Aniston also expressed that The Morning Show’s producers were also wary about showing the effects of the coronavirus in the show, as they were worried about the potential viewer response. 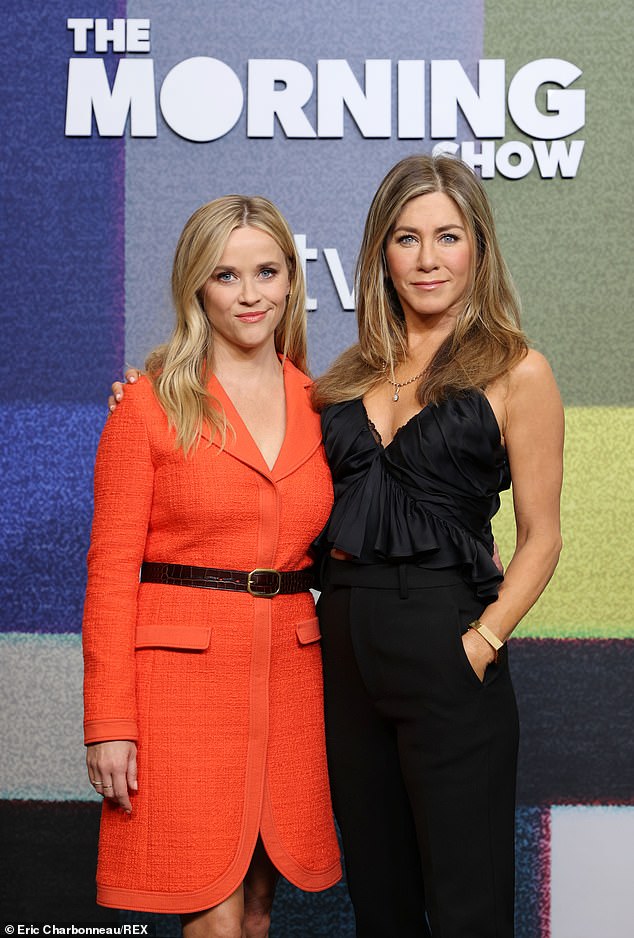 Working it out: Aniston also noted that the show’s producers ‘had to go back to the drawing board’ after the onset of the global pandemic; she is seen with Witherspoon earlier this month

She noted that the show’s team tried to ‘figure out how to delicately weave it through because we didn’t know where we would be when this show aired. If we’d be out of COVID and would people be fatigued by hearing about COVID?’

The Morning Show initially made its debut in 2019, and the program is based on Brian Stelter’s book Top of the Morning: Inside the Cutthroat World of Morning TV.

Also included in the program’s cast are performers such as Steve Carell, Bel Powley and Billy Crudup, among others.

The series was met with a generally positive critical reception upon its initial release, with much praise going towards the performances of its leads.

The second season of The Morning Show is currently set to make its debut on the AppleTV+ streaming service this Friday. 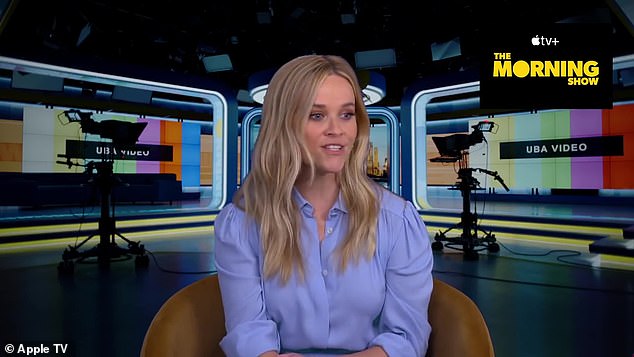 Coming soon: The second season of The Morning Show is currently set to be made available to the public on the AppleTV+ streaming service on Friday