The 50-year-old musician sent fans into a frenzy on Wednesday with his eye-catching horseshoe-style mustache and wavy salt-and-pepper hair.

“Thinking about you 70,” Durst captioned the picture of himself sitting on a bed in an orange button-down shirt.

Fans took to the comments section to react to Durst’s selfie. “Grey hair so what, skin looks great still. Rock it!” wrote one person.

“Fred Burgundy,” joked another in reference to the mustachioed Will Ferrell character, news anchor Ron Burgundy. 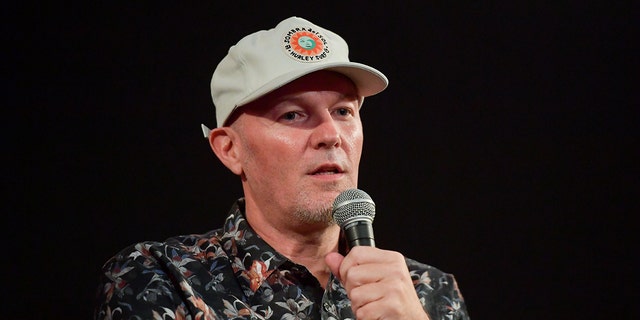 Durst and Limp Bizkit are returning to the stage this summer at Lollapalooza in Chicago starting on July 29 and will also perform around the US in New York, Calif., Texas, and Va. In summer 2022, they are slated to tour in the UK.

Limp Bizkit supposedly is almost done with their next album. Guitarist Wes Borland revealed to fellow musician Johnny Christ on his YouTube channel in June, that it’s 80 percent done.

He explained, “We probably have 35 songs recorded instrumentally, and he’s done vocals on them and then thrown the vocals away — done vocals and then… ​‘F–k this,’ thrown it away. So I think he’s finally at the point now where he’s gonna pick a set of these songs that he’s finally cool with and finish them, and we’re gonna finish the record. So, fingers crossed.”