Bryan Cranston updated fans about his friend Bob Odenkirk‘s condition after he collapsed on the set of “Better Call Saul” Tuesday.

“Today I woke up to news that has made me anxious all morning,” Cranston wrote on Instagram on Wednesday.

“My friend, Bob Odenkirk collapsed last night on the set of Better Call Saul. He is in the hospital in Albuquerque and receiving the medical attention he needs but his condition is not known to the public as yet. Please take a moment in your day today to think about him and send positive thoughts and prayers his way, thank you,” the “Breaking Bad” star concluded.

Odenkirk collapsed on the show’s New Mexico set and had to be hospitalized.

Crew members called an ambulance that took the 58-year-old actor to a hospital, where he remained Tuesday night, a person close to Odenkirk who was not authorized to speak publicly on the matter told The Associated Press. 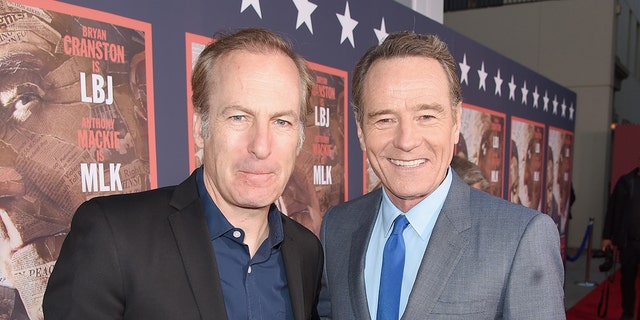 It was not immediately clear what caused the collapse, or how long Odenkirk might be hospitalized.

“Better Call Saul,” the spin-off prequel to “Breaking Bad,” has been shooting its sixth and final season, which is set to air on AMC next year.

‘NOBODY’ STAR BOB ODENKIRK RECALLS BREAK-IN AT HIS FAMILY HOME: ‘I GRABBED A BASEBALL BAT’

Like “Breaking Bad,” “Better Call Saul” is set in and mostly shot in Albuquerque.

Odenkirk has been nominated for four Emmys for playing the title character, a down-on-his-luck lawyer named Jimmy McGill who becomes increasingly corrupt and adopts the pseudonym Saul Goodman.

R. Kelly accuser claims singer had a gun by his side once before forcing her to perform oral sex – Fox News