For Mark Wahlberg, being a father to teenage children in real life played an immense role in his approach to “Joe Bell,” a film that centers on a true story of one dad’s quest — to not only accept who his son is — but honor his death after a tragic set of circumstances.

The “Spenser Confidential” actor, 50, portrays the blue-collar dad from Oregon who makes it a mission to spread the message of anti-bullying after losing his 15-year-old teenage son, Jadin Bell, to suicide in 2013. It’s revealed that Jadin, a sophomore in high school, had been subjected to ruthless mistreatment at school and on social media over his sexuality.

A bereaved Joe Bell would quit his job to launch the foundation, Faces for Change, in his son’s honor and later pressed forward with an idea of walking across the continental United States to campaign against bullying.

Bell left his hometown in eastern Oregon in April, on the trip which would have taken Bell to New York City.

MARK WAHLBERG ON EATING 11,000 CALORIES A DAY FOR HIS UPCOMING MOVIE ‘STU’: ‘IT WAS NOT FUN’

However, some 1,000 miles and six months into his 5,000-mile trek across the country dubbed “Joe’s Walk for Change,” Bell, 48, was struck by a semi-truck in October 2013 while walking alongside the eastbound shoulder of US 40 in Cheyenne County in Colorado.

The driver of the truck, 49-year-old Kenneth Raven, was cited with careless driving resulting in death.

“We made the movie to continue Joe’s journey and continue to open hearts and minds of people to be accepting and tolerant of people, no matter where they come from, what their sexual orientation is, race, religion, any of those things you want,” Wahlberg told Fox News of the emotional tale that also stars Connie Britton. 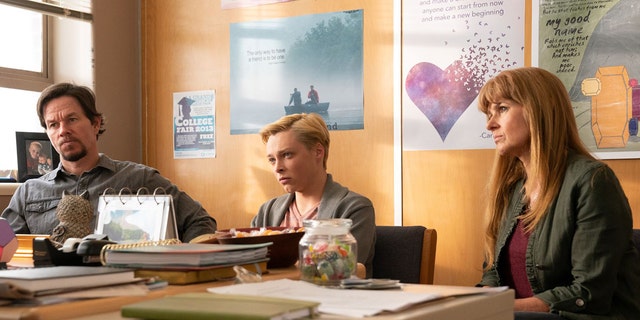 He added that everyone involved wanted to “make sure that people are, and especially parents, that they’re listening to their children and are hearing what’s going on with them, that they love them unconditionally and support them and really root for them and cheer them in and anything that they decide that they want to do, as long as it’s positive, productive.”

He said in speaking with the Bell family, he ultimately wanted to gain real insight into the man Joe Bell was, describing the father as “a very complicated guy.”

MARK WAHLBERG HONORS HIS LATE MOTHER ON HIS 50TH BIRTHDAY: ‘MISSING YOU’

“We wanted to make sure that the portrayal of him was really honest,” the actor explained. “He was a tough individual who had a very difficult and abusive childhood, and he was doing the best that he could with what little skills and experience he had as a dad. And dealing with a situation like this was just something that he was not prepared for.”

Wahlberg maintained that his goal was to handle the story with the “sensitivity and respect that it deserves” and drew from his connection with his own children in acting alongside Reid Miller, 21, who plays the role of Jadin. He added that Miller even reminded him of his own sons in the dynamic the pair shared on screen. 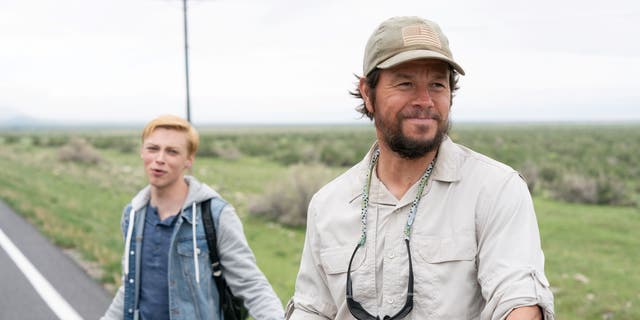 Mark Wahlberg and Reid Miller appear in ‘Joe Bell,’ which tells the intimate and emotional true story of an Oregonian father who pays tribute to his gay teenage son, Jadin, embarking on a self-reflective walk across America to speak his heart to heartland citizens about the real and terrifying costs of bullying.
(Quantrell D. Colbert/Courtesy of Roadside Attractions)

“I really felt that as a parent, more than as an actor or producer – having four children and I have now a 15-year-old boy and a 17-year-old girl and I just felt like diving right in wanting to really understand who Joe was, wanting to make sure that the family knew what our intentions were because it’s obviously an overwhelming amount of responsibility when telling a story like this and knowing how would it affect [Jadin’s mother] Lola, how would it affect [his brother] Joseph?”

Added the actor of the film: “Hopefully it would, maybe bring some healing and more importantly, prevent other families from having to go through the same thing.”

He added of whether he believes his performance could finally land him an elusive Oscar: “I don’t know. You know, you never know how people are going to respond to movies and it’s certainly not the reason why we made the movie.”

If you or someone you know is having thoughts of suicide, please contact the National Suicide Prevention Lifeline at 1-800-273-TALK (8255).

AMC and Warner Bros. have agreed to make movies exclusive to theaters for 45 days – The Verge