Jana Kramer revealed by way of an Instagram post on Thursday evening that her divorce from Mike Caussin has been finalized.

The 37-year-old country singer/actress confessed in a lengthy caption that getting the ‘final call’ brought ‘tears’ to her eyes and that she felt ‘all the feels.’

After externally processing thoughts of ‘failure,’ amid the marriage’s end, the One Tree Hill star said: ‘It’s just the beginning of my story.’ 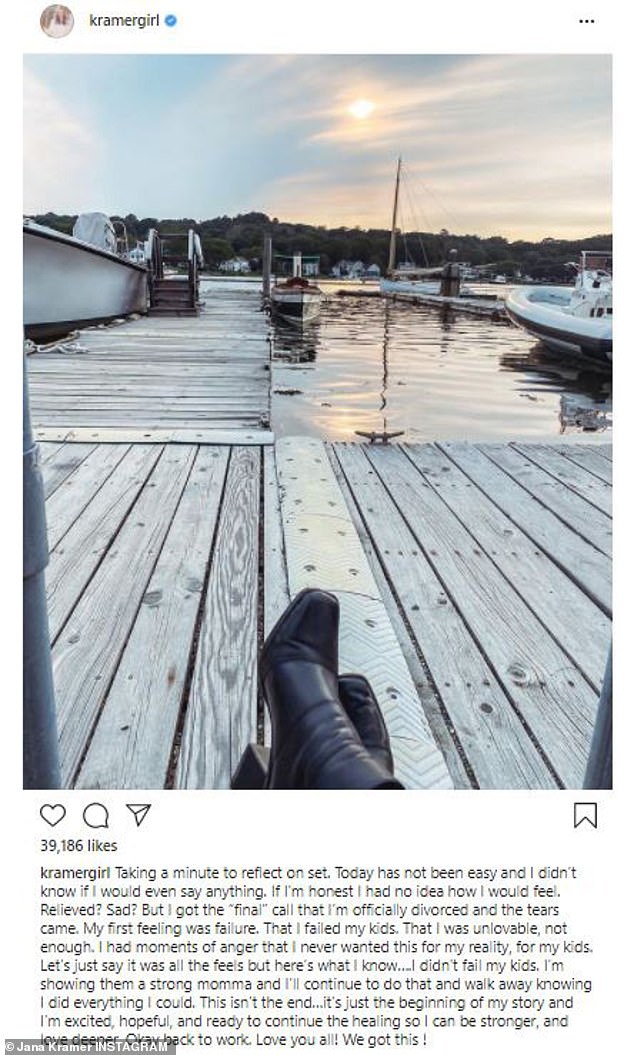 Divorced: Jana Kramer, 37, announced on Thursday that her divorce from husband Mike Caussin was finalized. The actress spoke about feeling ‘all the feels’ after receiving the ‘final call’

Posting a snap from a Connecticut harbor at sunset (where she is filming a movie), Jana purged her emotions in the caption while ‘taking a minute to reflect.’

‘Today has not been easy and I didn’t know if I would even say anything’, she began. ‘If I’m honest I had no idea how I would feel. Relieved? Sad? But I got the “final” call that I’m officially divorced and the tears came.

‘My first feeling was failure. That I failed my kids. That I was unlovable, not enough. I had moments of anger that I never wanted this for my reality, for my kids. Let’s just say it was all the feels but here’s what I know….I didn’t fail my kids.

‘I’m showing them a strong momma and I’ll continue to do that and walk away knowing I did everything I could. This isn’t the end…it’s just the beginning of my story and I’m excited, hopeful, and ready to continue the healing so I can be stronger, and love deeper. Okay back to work. Love you all! We got this !,’ she shared. 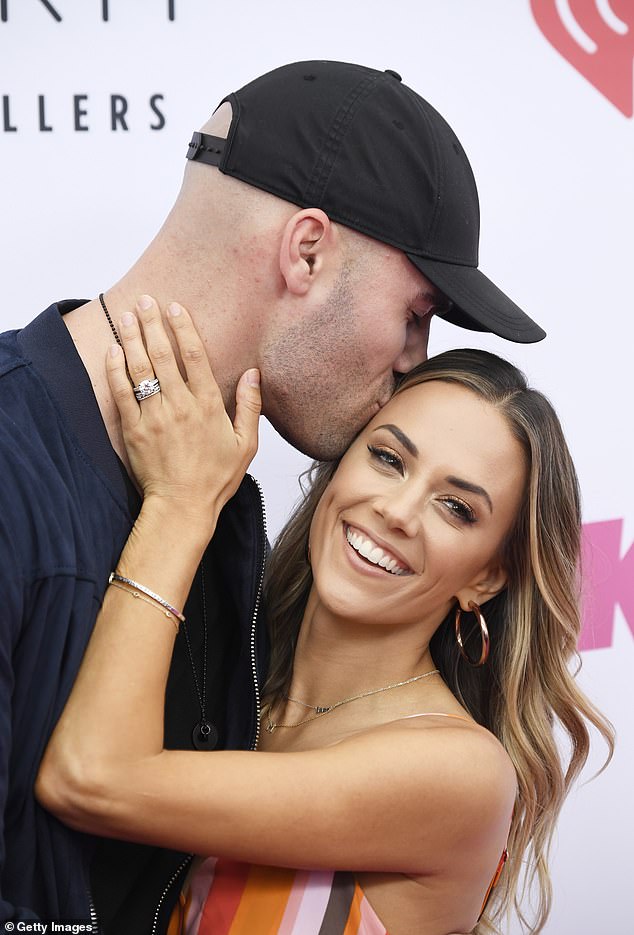 Done deal: Jana filed for divorce from the former Jacksonville Jaguars player on April 21, but the pair had split up before in 2016 before they renewed their vows a year later; pictured 2019 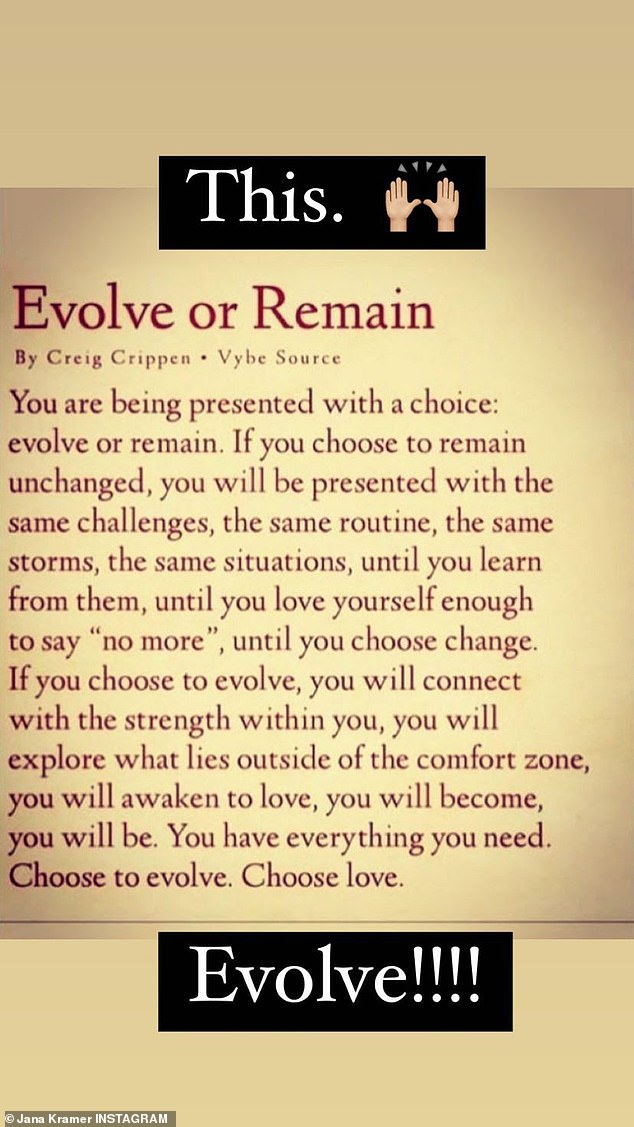 Evolution: She continued to try and build herself up as she posted a passage to her story titled ‘Evolve or Remain,’ as she gushed ‘Evolve!!!!’

She continued to try and build herself up as she posted a passage to her story titled ‘Evolve or Remain,’ as she gushed ‘Evolve!!!!’

Jana filed for divorce from the former Jacksonville Jaguars player, 34, on April 21, and the pair recently agreed on a custody arrangement for their two children Jolie, five, and Jace, two.

The pair married in 2015 had split up once before in 2016 after he entered treatment for sex addiction, but they reconciled in 2017 and renewed their vows, before she took legal measures to end it for good.

In her filing she cited ‘inappropriate marital conduct, irreconcilable differences and adultery,’ and the split has been very pricey.

She announced the news in a social media post saying ‘I’ve fought y’all. I’ve loved hard. I’ve forgiven. I’ve put the work in. I’ve given everything I have, and now I have nothing else to give.’ 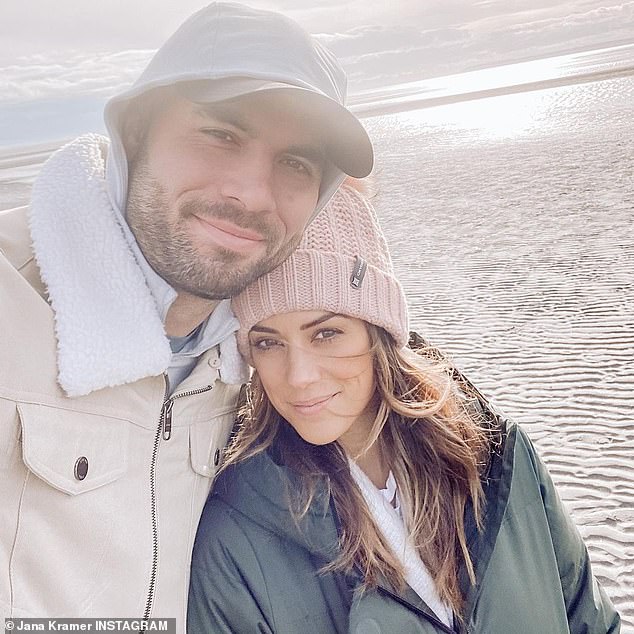 Broken marriage: In her filing she cited ‘inappropriate marital conduct, irreconcilable differences and adultery,’ and the split has been very pricey 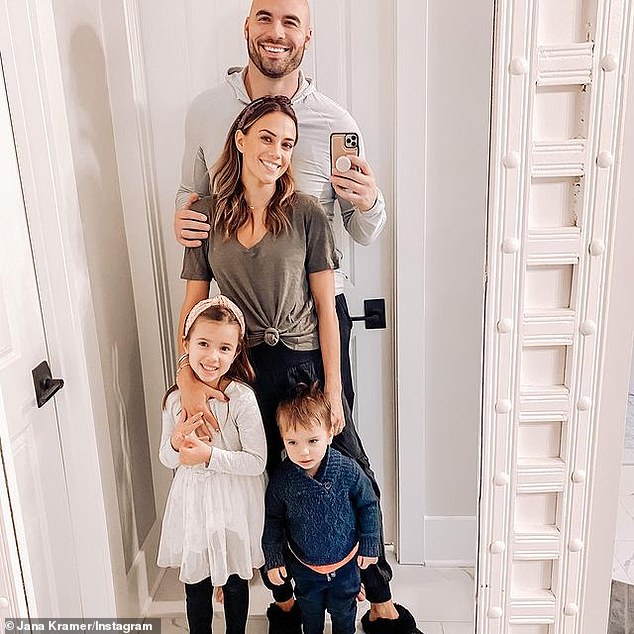 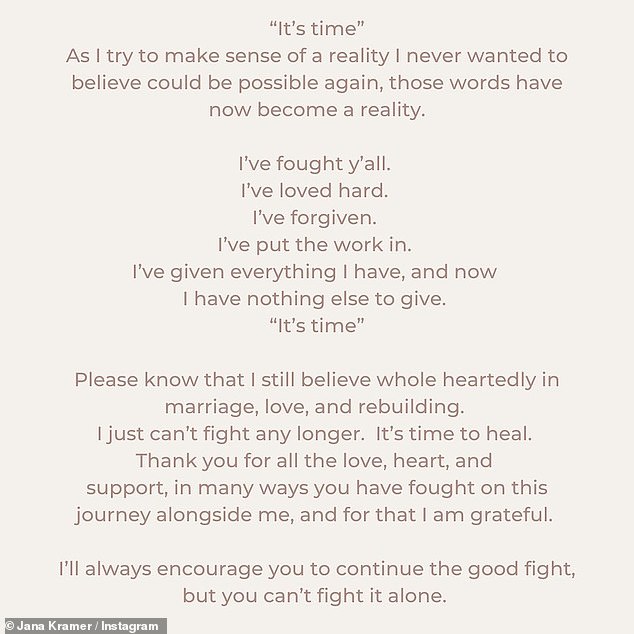 Announcement: Jana announced the split in a social media post saying ‘I’ve fought y’all,’ before she said ‘have nothing else to give’

Earlier this month she said on her Whine Down podcast in conversation with former New York Real Housewife Dorinda Medley that Caussin was harboring ‘resentment’ after the split.

‘It’s definitely hard and it’s one of those things where sometimes, like, the process with us has been really challenging because there is that betrayal. He has so much resentment and I’m like, “Wait a minute, you’re the one who hurt me. How are you being mean to me? This doesn’t add up to me.”‘

In addition to the divorce being emotionally taxing it is also financially as it was revealed she is set to pay her now estranged husband $3,200/month for child support and an additional $600K as part of their property settlement which she had said did not ‘make any sense.’ 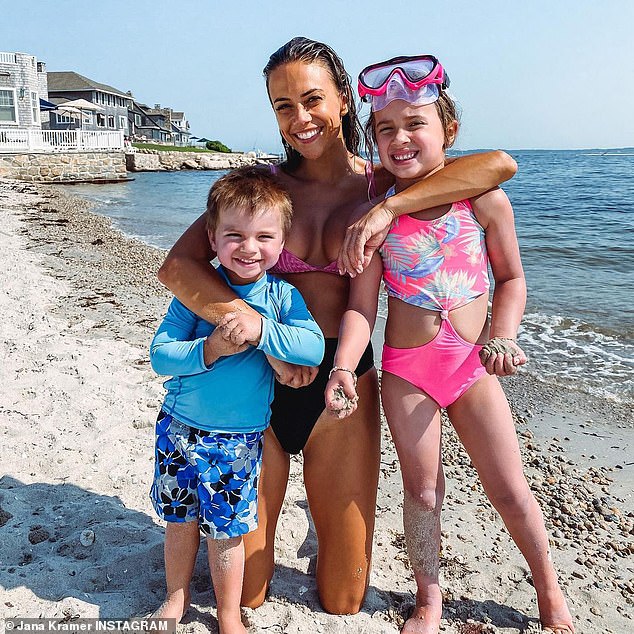 Mother of two: And relative to child support for kids Jolie, five, and Jace, two, she is responsible to pay the $3,200 because she makes $166K/month and he only makes $8K

Additionally she will spend 240 days per year with her children, while Mike will get them for 125 days. Also in the agreement was a code of conduct for how the ex-partners are to behave.

‘The Mother and Father will behave with each other and each child so as to provide a loving, stable, consistent and nurturing relationship with the child even though they are divorced,’ the document read.

And both have already moved on romantically as last month Jana revealed she was in an ‘entanglement’ with Bachelorette alum Graham Bunn, but she said they were not an official item.

Caussin on the other hand has been spotted on the dating app Bumble. Per a July 15 Us Weekly report he wrote in his bio ‘don’t know yet’ when prompted with the question ‘what are you looking for.’ 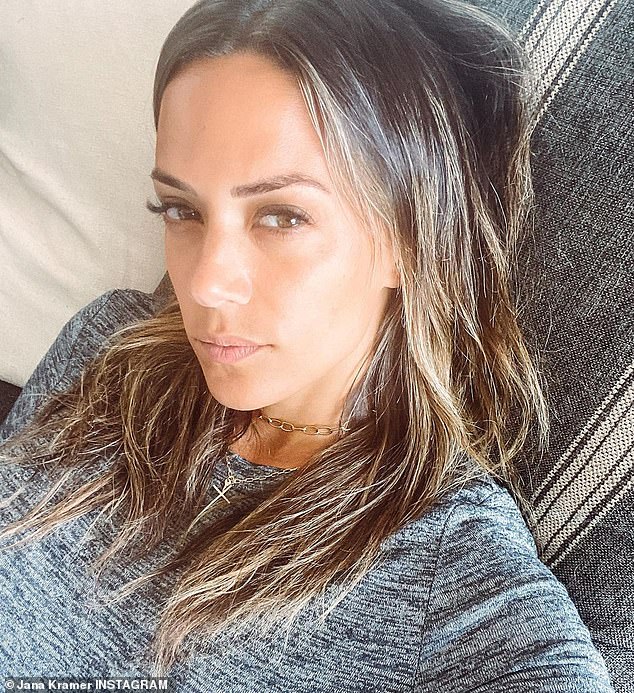 Emotional: ‘Today has not been easy and I didn’t know if I would even say anything,’ her divorce finalization announcement began before adding ‘I’m officially divorced’ ; pictured July 11