Space Jam: A New Legacy star Gabriel Iglesias has addressed a controversy regarding the film which saw original character Pepé Le Pew cut from the sequel.

The Looney Tunes character is famous for being on a constant quest for love. He usually appeared paired up with Penelope Pussycat and sometimes Sylvester, mistaking the black cats as skunks, often after they accidentally got a white stripe on their back. 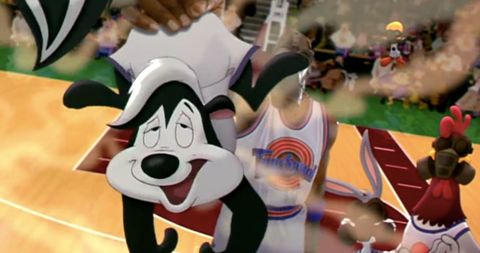 Related: How to watch Space Jam: A New Legacy online at home

The scene reportedly would have seen Pepé be reprimanded for his aggressive flirting. The character would have appeared in the role of a bartender who hits on Penelope (as played by Jane the Virgin actress Greice Santo) by kissing her arm. She then pulls away from the skunk before slamming him into another chair, pouring her drink over him and slapping him.

He later declares that Penelope has filed a restraining order against him before LeBron James warns Pepé that he can’t touch other people without consent.

The film’s star Gabriel Iglesias – who voices Speedy Gonzales – has now responded to the controversial decision to cut the character and the nature of Pepé Le Pew in an interview with CinePOP.

“You know, years ago growing up watching the cartoons, I just think it was a different time and you don’t see things the same way. Times change, views change and for the time I can’t say that I ever saw it in a negative light,” said Iglesias. 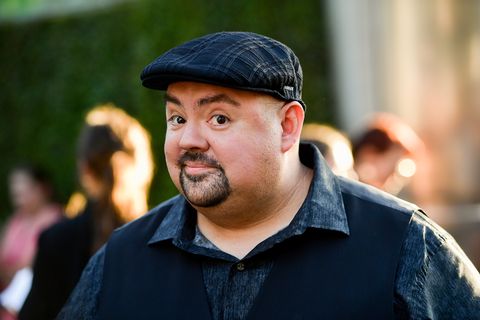 “But based on the climate of today, alright I get it, I see it, okay. It was one of those things where it’s a change of times. I don’t think that people would intentionally try to make something that was inappropriate. But again, times change and we need to evolve and so unfortunately the character was cut.”

Warner Bros has not yet commented on the matter.

Blockbusters are back – and the latest edition of Digital Spy Magazine has got everything you need to know about the summer’s biggest box office arrivals. Read every issue now with a 1-month free trial, only on Apple News+.

Interested in Digital Spy’s weekly newsletter? Sign up to get it sent straight to your inbox – and don’t forget to join our Watch This Facebook Group for daily TV recommendations and discussions with other readers.