But Willow Smith was ready for a change while filming a concert film released over the weekend on Facebook.

The 20-year-old musician shocked her fans at the end of the 48-minute concert film and documentary hybrid by getting her hair buzzed off on stage after a performance of her 2010 single Whip My Hair. 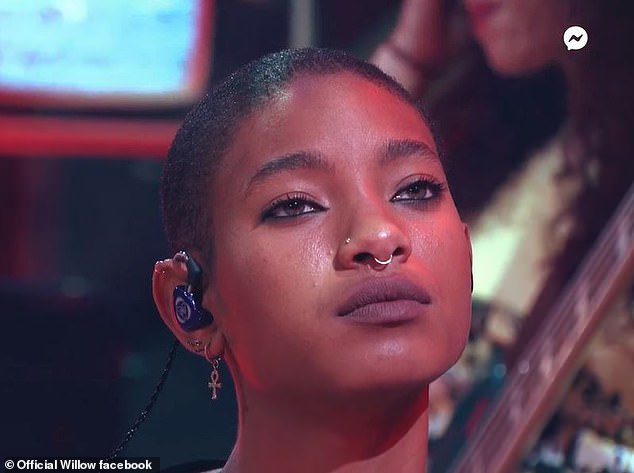 Time for a change: Willow Smith, 20, capped off a Facebook concert film posted this weekend by getting her afro shaved on stage after wrapping up a performance of her 2010 single Whip My Hair

Willow’s concert film was released on Friday to mark the release on her fourth studio album, the EP-length collection lately i feel EVERYTHING.

In addition to behind-the-scenes footage, she’s scene performing multiple cuts from the LP, including collaborations with Blink-182 drummer Travis Barker.

The performances were done primarily on sound stages with new sets built for each one, and the daughter of Will Smith wrapped up her virtual concert in what looked like a basement or a garage.

She sang her 2010 single Whip My Hair, which initially helped her to step out of the shadow of her famous parents.

But at the end of the song, she sat down on a stool as another person came up to her with electric clippers and began to shear off her thick afro. 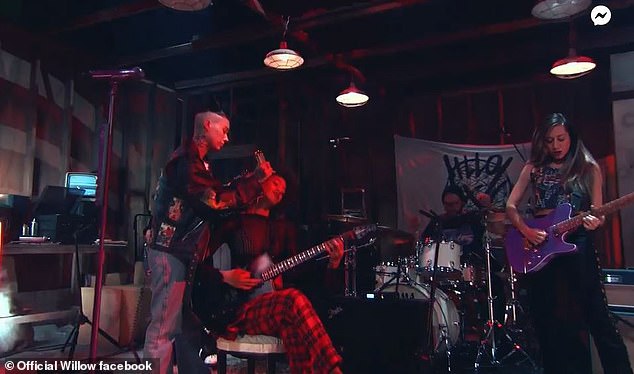 Hair today, gone tomorrow: The video featured staged performances and behind-the-scenes interviews. After the last song, Willow sat on a stool as another person started to shear her hair 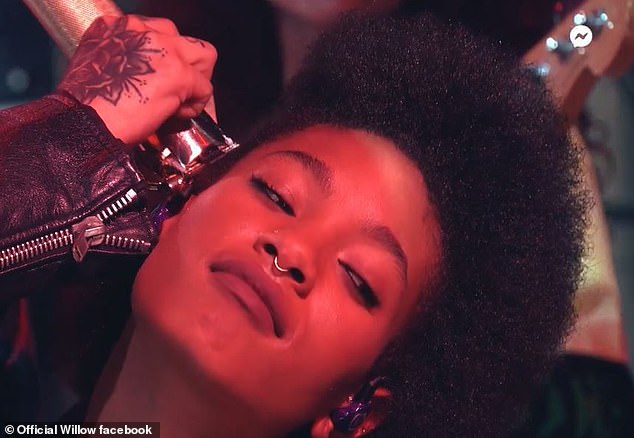 Multitasker: Even as she was getting her hair cut, Willow kept on rocking out on her black guitar, which she cradled in her lap

Even as she was getting her hair cut, Willow kept on rocking out on her black guitar, which she cradled in her lap.

Once her impromptu stylist was finished, they stepped back to reveal Willow’s sleek new close-cropped look.

‘I’m thinking about shaving my head during the Whip My Hair performance,’ she said earlier in a behind-the-scenes section. ‘This is gonna be my third time in my life shaving my head. I’m always shaving my head at monumental times in my life, when things are really changing. And this is definitely one of those moments.’

She’s no stranger to dramatic public haircuts, and the first time she shaved her head was in 2012 amid her Whip My Hair tour.

The most recent time she cut off all her hair was in March of 2020, when she allowed herself to be locked in a glass case for 24 hours as part of a performance piece for the Museum of Contemporary Art in Los Angeles.

‘I feel like I was just shedding a lot of history and emotional baggage,’ she said on a subsequent episode of Red Table Talk, the Facebook talkshow she stars on with her mother Jada Pinkett Smith and grandmother Adrienne Banfield-Jones. ‘Six, seven, years of emotion, I just let it go.’ 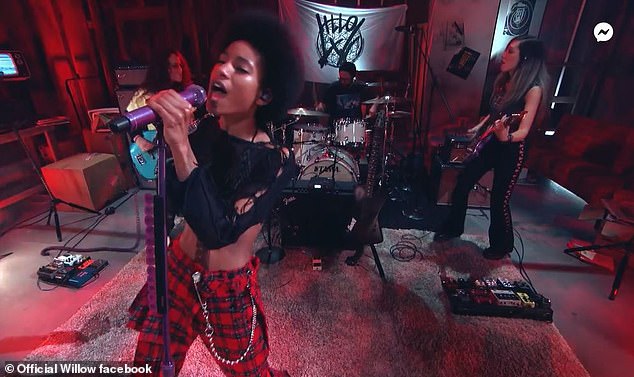 New music: Willow’s concert film was released on Friday to mark the release on her fourth studio album, the EP-length collection lately i feel EVERYTHING 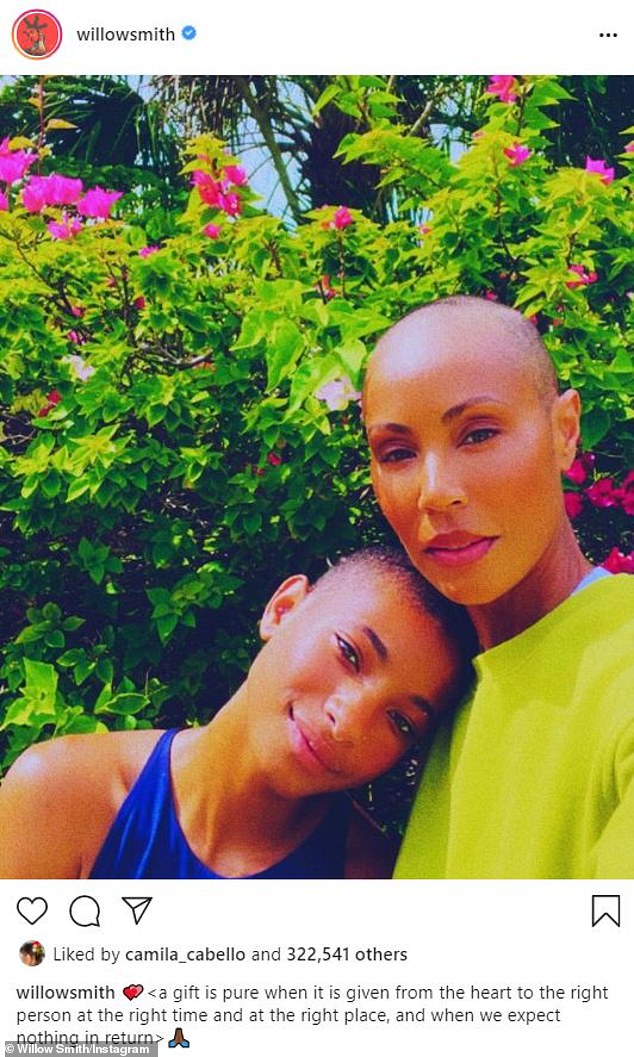 Persuasion: Willow shaved her hair back sometime earlier this month, and she talked her mother Jada Pinkett Smith into shaving her own head last week

The concert appears to have been previously recorded, as Willow first debuted her shaved head on Instagram on July 5.

Her new hairdo seems to have inspired her mother Jada to try the shaved look for herself.

The mother–daughter duo snuggled up in a cute photo from earlier this week as the Matrix Reloaded star unveiled her new hair, which was shaved even closer than Willow’s buzz cut.

‘Willow made me do it because it was time to let go BUT … my 50’s are bout to be Divinely lit with this shed❣️,’ Jada gushed on Instagram.

Her daughter was more philosophical, writing, ‘A gift is pure when it is given from the heart to the right person at the right time and at the right place, and when we expect nothing in return.’ 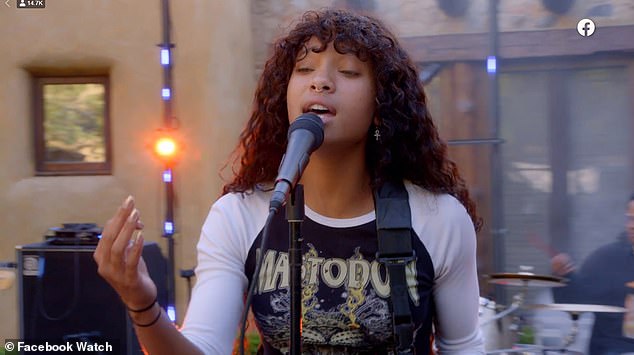 Trying everything out: Willow showed off multiple longer hairstyles in recent weeks, including shoulder length curls and braids

The Rock posts extremely toned body, shares training has been hardest of my career – Yahoo Life