Renee Zellweger and Ant Anstead were spotted making out on a beach near his home in Orange County over the weekend.

The Oscar-winning actress and the “Master Mechanic” star were snapped near the shoreline of his Orange County home near Laguna Beach as they went for a stroll with his son, Hudson.  Zellwegger stayed dry while Ant took a brief swim in the water with his kid before coming back to shore and laying one on the “Judy” actress, seemingly confirming rumors that they’ve started dating.

Zellweger, 52, and Anstead, 42, were previously spotted hanging out together near the beach earlier this week when Page Six snapped a photo of them on a balcony together overlooking the water. Anstead recently finalized his divorce HGTV star Christina Haack, 37, after less than two years of marriage, a rep for Haack confirmed to Fox News earlier this month. The duo shares joint legal custody of their son. 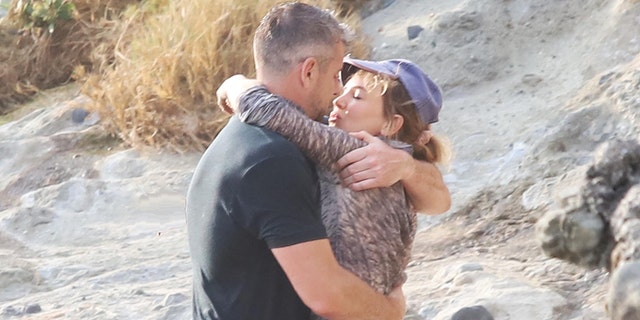 Zellweger was previously linked to musician Doyle Bramhall II from 2012 to 2019. The actress was briefly married to Kenny Chesney in 2005.

While the snaps of them kissing seemingly confirm that they’re in a relationship, the duo has remained relatively quiet about their private life together since rumors began swirling. However, they haven’t been as shy about dropping hints. 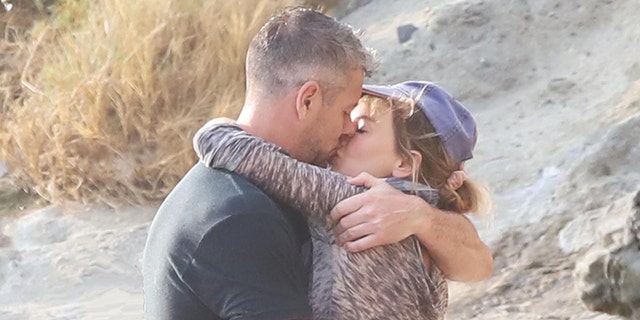 People reports that Any posted a photograph of himself on social media in which eagle-eyed fans seemed to notice that he was sitting with Zellweger’s dog.

“Desert nights and doggies,” he captioned the photo.

However, the outlet reports that when a fan asked if his glowing smile in the photo had anything to do with a rumored new love, he noted that it was actually “self-love” that led to the smirt. Ant is seemingly making good on the recent purchase of his new home near the beach. The outlet previously reported he snatched up the beachfront property earlier this year following his divorce.

Shailene Woodley on why she and Aaron Rodgers announced engagement – Insider