Two males were found dead Wednesday inside a Miami Beach, Fla., hotel room in what was formerly the mansion of Gianni Versace, the Italian fashion designer who was killed outside the building 24 years ago this Thursday.

Police responded to The Villa Casa Casuarina At The Former Versace Mansion on 1116 Ocean Dr. just after 1:20 p.m. after hotel housekeeping said two deceased males were inside a room. Police and fire personnel responded and found the bodies.

Fox News has reached out to the police but has not heard back. Calls to the hotel went unanswered.

The deaths are being investigated and the crime scene was contained to the room, police said. 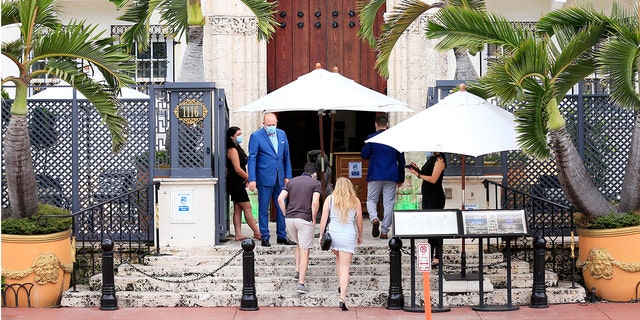 Versace was gunned down on the front steps of the building on July 15, 1997 while on his usual walk home from a nearby cafe. The gunman, Andrew Cunanan, was found dead days later after an extensive manhunt.

Casa Casuarina was built in 1930 by Alden Freeman, son of Joel Freeman, the treasurer of the Standard Oil Trust, according to the hotel’s website. Versace became interested in the property in 1992 while on vacation with his family.

He purchased the building for $2.95 million and the Hotel Revere next door. He subsequently invested an additional $32 million in renovations in which he added a swimming pool, garden, south wing and turned the 24 apartments inside into large suites, the hotel said.

In 2000, Donatella Versace sold the property.