The Real Housewives of New York is in such turmoil as its ratings nosedive that the cast members have been informed the reunion filming has been delayed from August 5 until at least September and the show won’t begin filming for next season until 2022.

An insider tells DailyMail.com exclusively: ‘All hell is breaking loose behind the scenes at the Real Housewives of New York. While the cameras are down, the drama is continuing.’

FIVE different production sources reached out to DailyMail.com following yesterday’s exclusive story to say that Shed, the production company, is in a panic and have written to the women to say that the reunion has been moved from August 5 to a date to be determined in September.

In chaos: The Real Housewives Of New York will be delaying reunion filming and pushing back the start of next season’s shooting amid dismal ratings. Above stars Sonja Morgan, Leah McSweeney, Ramona Singer, Eboni K. Williams, and Luann de Lesseps are seen

And the cast – which currently features Luann de Lesseps, Ramona Singer, Sonja Morgan, Leah McSweeney and Eboni K. Williams – has been informally advised that taping of a new season will not occur until early in 2022 rather than late 2021 as planned.

A spokesperson for Bravo had no comment when contacted by DailyMail.com on Wednesday.

The insider continued: ‘The cast is completely divided and the women are not getting along with each other.

‘Filming ended with all of the women as friends, but as soon as the show started airing, Eboni K. Williams went to war against her cast mates – particularly Ramona and Luann and the audience is switching off week after week.’

Last week the Bravo show recorded its lowest rated episode of all-time, earning only 764,000 live viewers. (The only episodes rated lower were the ‘secrets’ recap episodes for season seven and 12.)

The source continued: ‘Our viewers don’t want to be lectured to. They want a fun show – tipsy, middle aged women with money fighting about petty stuff. Yes – let’s talk about the important issues facing our nation – but this cannot be the center of our show.

‘It’s not what our show is, but week after week, scene after scene, everyone is being schooled by a former Fox News host.’ 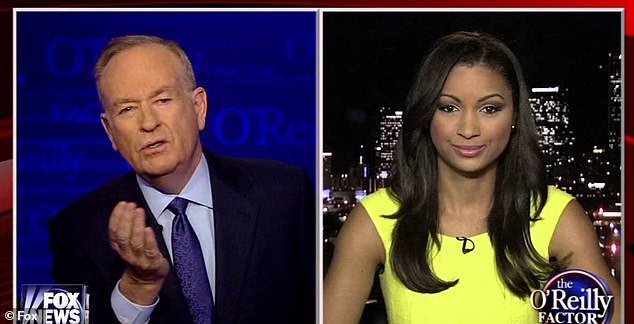 ‘It is the talk of the network that Eboni is demanding that Ramona be demoted to a friend for next season as Eboni believes that the show should be centered around her going forward.

‘The Countess is uncomfortable to film with Eboni as she is concerned that she will be made to look like a racist for speaking up when she felt defamed in her own home.

‘Ramona is p*ssed that someone is leaking against her and that false stories are coming out painting her as a nightmare who is about to be fired.

‘While Ramona can be a total pain in the ass, unlike Eboni, she is loyal to the show and doesn’t want it to tank in the ratings.

‘Ramona will also be turning up for the reunion, whenever it will be filmed. She has a lot to say.’

‘Leah is furious that she is being made out to be the leak as she is very close to Eboni and has a good relationship with the rest of the cast. She wants this show to be a success too and wants the leaks to stop.

And meanwhile the insider said: ‘Sonja Morgan is literally nowhere to be found.’

Yesterday insiders told DailyMail.com that a ‘cast shakeup’ was in fact going on behind the scenes, but that Singer will be staying put. 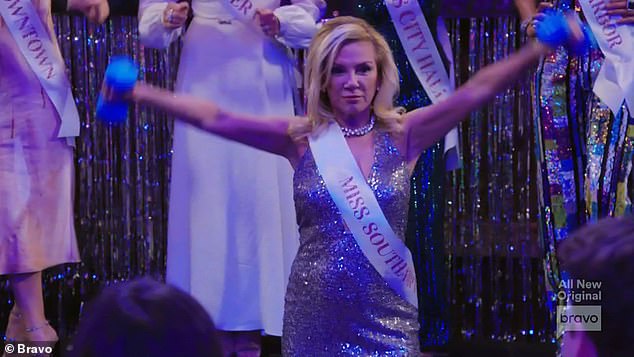 ‘We do not make casting decisions this early in the year, we decide after the reunion episodes have aired,’ the source said.

‘The production company Shed and the network Bravo really take into account what the fans say online and how they respond to the cast.’

‘One Housewife in particular has it out for Ramona and she wants her off the show. This Housewife is leaking to news organizations that Ramona is fired in an attempt to push the network to get rid of her,’ they continued.

Adding: ‘Over the coming weeks until the reunion is filmed there will be “anti-Ramona” stories leaked everywhere as this Housewife attempts to push her off the show.

‘The only problem is, Housewives fans who have stuck with the show this season, know what the problem is, and this year it isn’t Ramona Singer.’

Dorinda Medley and Tinsley Mortimer were gone from this latest season and the franchise’s first black Housewife, Eboni K. Williams, was added to the cast.

Season 13 of RHONY is currently airing Tuesday nights on Bravo.