Danny Trejo first smoked marijuana when he was 8 years old, was drinking by age 12, became a heroin addict as a teenager and did stints in some of America’s most notorious prisons. Now, he’s one of Hollywood’s most sought-after stars.

The 77-year-old’s unlikely path to fame started when he was offered a part as a boxer in the 1985 film “Runaway Train.” The convicted felon who struggled with drugs and violence transformed his life for good and has found himself hobnobbing with A-list stars regularly. The character actor, who now has more than 380 credits to his name, has also been sober for more than 50 years.

Most recently, Trejo teamed up with fellow actor Donal Logue to write his memoir, “Trejo: My Life of Crime, Redemption, and Hollywood,” which details his journey that involved an abusive childhood, a life behind bars, enduring painful loss, and finding God.

Trejo spoke to Fox News about getting clean, why he uses his time in prison as inspiration and how faith continues to play a crucial role in his life. 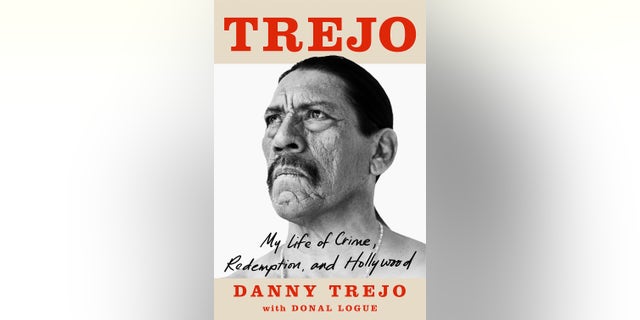 The character actor has written a memoir titled ‘Trejo: My Life of Crime, Redemption, and Hollywood.’
(Atria Books)

Fox News: What inspired you to write a memoir now?
Danny Trejo: I did a documentary called “Inmate #1” and it was received really, really well. But it was kind of surface-ly about my life. And everybody kept telling me, “Why don’t you write a book?” So I had been thinking about it for a long time, but it seemed like every time I would start … it just didn’t sound like me.

Donal Logue, who is my absolute dearest friend and knows me … we trust each other. So we started writing. … And it felt like freedom for me. I wanted to tell people that sometimes you get involved with the wrong crowd. Sometimes you get heartbroken. And it’s not your fault. There are people who are broken out there. I was broken. I had four beautiful wives and I think they all thought it was their fault. It wasn’t. They were great. I was broken. It was me.

Fox News: You’ve been clean for more than 50 years. Could you describe that moment when you realized, “I need help?”
Trejo: I got clean in ’68 in prison. I then got out of prison in 1969… It seemed like I did better, but there was still something missing. … I didn’t think turning me on to marijuana was abuse when I was 8. I thought it was sharing. It was a form of abuse. I didn’t know. So when you finally start realizing, “Wait a minute man, this is not right,” that’s when the healing really begins. 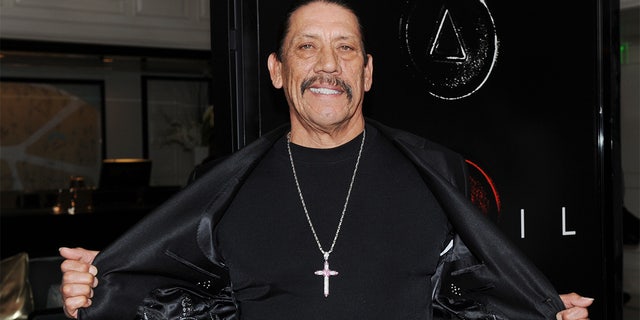 But I had to do it. I had to get clean. I wouldn’t have gotten to this point in my life if I didn’t take that step. I would have just stayed the same person. Now, I tell my kids I love them every day. I’ll call them up and say, “I love you and you’re the apple of my eye.” I guess I’m doing everything my parents didn’t do. And yet, I refuse to blame them. That was what they knew.

Fox News: How does faith play a central role in your life today?
Trejo: First of all, I made a deal with God in 1968. I said, “If you let me die with dignity, I’ll say your name every day. And I’ll do whatever I can for my fellow inmate.” I never thought I was getting out of prison. And God let me out of prison. I got out on Aug. 23, 1969. I have to say that with God, nothing can hurt you. Anything is possible. Without God, you’re dead. And I know I would be without the faith I have.

I wake up every morning and say, “Dear heavenly Father, please let me help whoever I can for my fellow man. And I’ll say your name every day and I’ll do whatever I can.” And it’s been working. He lived up to his deal. I’m living up to mine. I even asked God a couple of days ago, “How am I doing?” He said, “Trejo, you’re doing great. Keep it up. You’re almost out of hell.” *Laughs*. 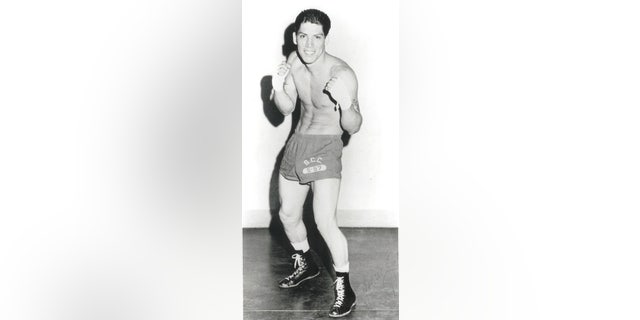 Fox News: You visited your prison cell after you made it as a successful actor. What was that experience like for you?
Trejo: I thank God I was with a guy named George Perry who I sponsored in 12-step programs. He was older than me. He’d been to Quentin in 1935 the first time. He went back six times. We were both together at the time. When we were in that cell, we got down on our knees and prayed. It was just, what do you call it? Post-traumatic stress? It was just unbelievable. I thank God that I was there to make a movie, not to live. It was for the movie “Blood In, Blood Out” and George was with me.

Fox News: You have used your time in prison as inspiration for some of your roles. Some people wouldn’t want to revisit a dark time in their lives. Why do you choose to look back?
Trejo: I remember I did this film with Mickey Rourke out in the desert somewhere in Texas. As soon as I was done acting, I would go play with my kids.

I remember the director approached me one day and said, “How do you do that? How do you go from being this maniac to this?” I told him, “I know that guy. I don’t want to be that guy.” I know how to tap into him because I was that guy. It’s not pleasant for me to go there. I get rid of him real quick. 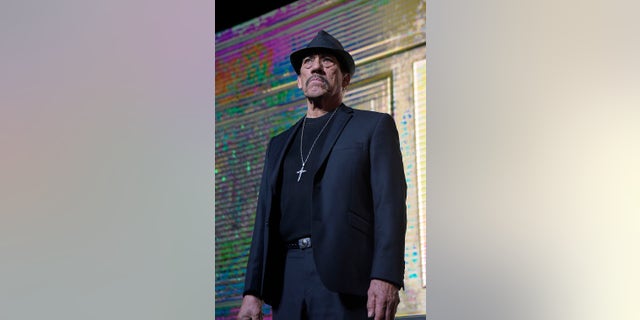 Danny Trejo has been sober for more than 50 years.
(Photo by Michael Tullberg/Getty Images)

Fox News: Who was the toughest to work with, but in a good way: Robert De Niro or Charles Bronson?
Trejo: Neither of them was tough to work with. I was in awe of both of them. Charles Bronson was my hero. He was like my uncle Gilbert. Didn’t say a lot, but when he did, he meant it. And if you disagreed, he’d kill you. He was an amazing actor. In fact, Charles Bronson and I became friends.  As for Robert De Niro, another amazing actor. He can act better than any gangster I know. But when he stops acting, he’s not that guy. He only stays in character when he has to.

Fox News: It’s been said you’re the most killed actor, or at least one of the most, in cinematic history. Which was the most difficult way to die on set?
Trejo: Oh God, you know what? I don’t care. As long as the check clears *laughs*. I’ve been blown up, shot at – you name it, I’ve done it. But it’s fun. I love Hollywood. I love the whole concept of Hollywood. It’s make-believe. I think that’s great.

Jennifer Lopez thought Ben Affleck was ‘the one that got away’ before rekindling romance: report – Fox News