“Lynne feels there are a lot of concerns with the conservatorship,” a family source told People magazine in a report published Thursday. “She feels Jamie has not been transparent with her and is helping Britney as much as she can.”

Lynne supported Britney’s request to have Jamie removed from the conservatorship at a court hearing in November, the outlet reported. Lynne said that Jamie and Britney had a “toxic” relationship in a statement given to the judge through a lawyer at the time.

The source claimed Britney and her father Jamie had once been “close.”

“Britney was close with her dad for years,” the family source allegedly said. “It really seems that she realizes he saved her life in 2008, but she doesn’t agree that the conservatorship should have continued on for all these years. She hasn’t had contact with her dad for a long time and was beyond upset after Jamie’s altercation with her son.” 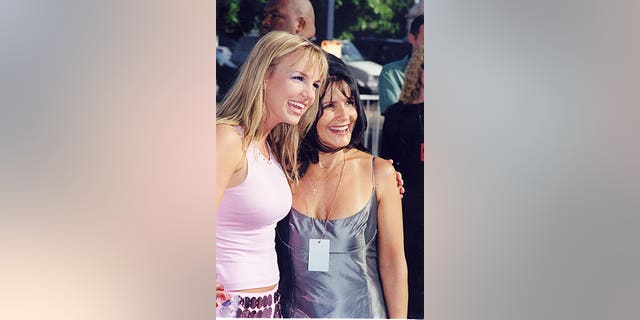 Lynne Spears reportedly hasn’t been involved in the conservatorship but has been trying to help Britney recently. The two are pictured here in 1999. (Photo by Jeff Kravitz/FilmMagic)

A judge denied Britney’s request to have Jamie removed from her conservatorship on Wednesday.

“The conservator’s request to suspend James P. Spears immediately upon the appointment of Bessemer Trust Company of California as sole conservator of estate is denied without prejudice,” court documents obtained by Fox News stated.

The following day, Britney’s estate co-conservator, Bessemer Trust, requested to withdraw from the position, citing the singer’s June 23 court testimony as to the reason why.

Jamie has controlled Britney’s finances since 2008. She recently argued she “shouldn’t be in a conservatorship” in a bombshell testimony that reignited the #FreeBritney movement.

“I shouldn’t be in a conservatorship if I can work and provide money and work for myself and pay other people,” Britney told the judge during her testimony. “It makes no sense.”

“What state allows people to own another person’s money and account and threaten them in saying, ‘You can’t spend your money unless we do what we want you to do’?” she said at the time. “And I’m paying them.”

A rep for Jamie Spears did not immediately respond to Fox News’ request for comment.