Ryan Reynolds made his TikTok debut on Wednesday by paying homage to his 2005 film Just Friends and donning a filter of the Wrexham FC shirt – having bought the football club recently.

The 44-year-old actor joined the popular Chinese social networking app by performing a lip-sync of I Swear by All-4-One just like his character Chris Brander did in the comedy.

‘I swear you will be disappointed by this account,’ Ryan wrote in the caption accompanying the video. 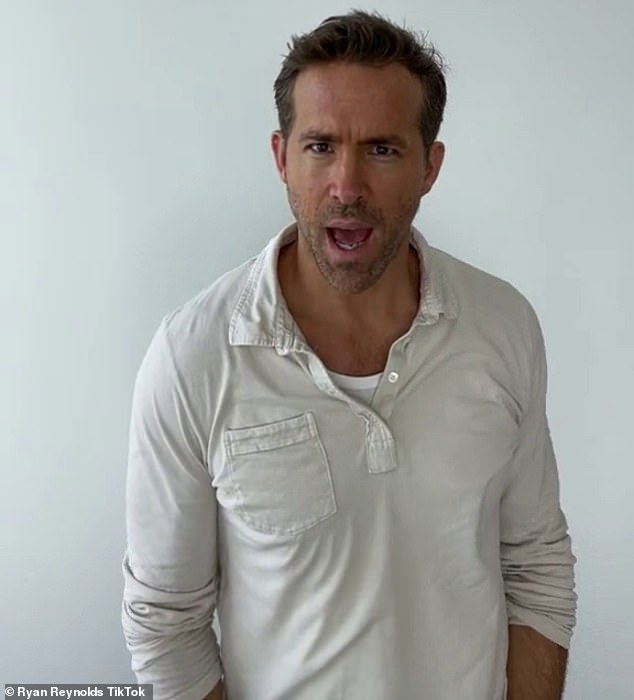 Social media: Ryan Reynolds made his TikTok debut on Wednesday by paying homage to his 2005 film Just Friends 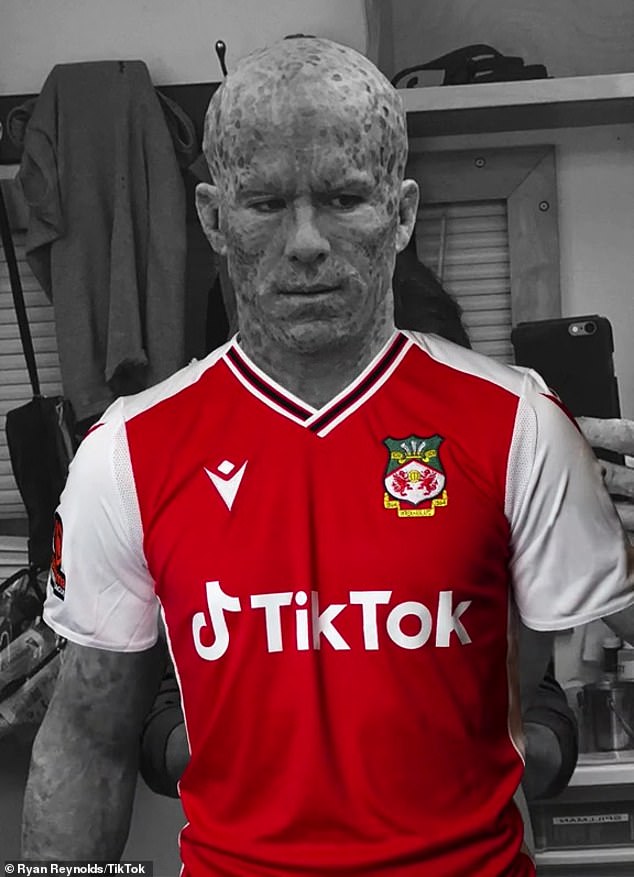 Wrexham sponsor: The 44-year-old actor later shared a video of himself shirtless in Deadpool makeup before wearing a filter of a red TikTok and Wrexham Assocation Football Club jersey

Ryan wore a long-sleeved polo shirt over a white T-shirt as he slid into frame to lip-synch the song.

He later shared a video of himself shirtless in Deadpool makeup before wearing the red Wrexham Assocation Football Club jersey.

Ryan and actor Rob McElhenney, 44, recently bought Wrexham AFC, which is the oldest team in Wales and the third oldest professional football team in the world.

Wrexham AFC announced Wednesday that TikTok was the new shirt sponsor of the team. 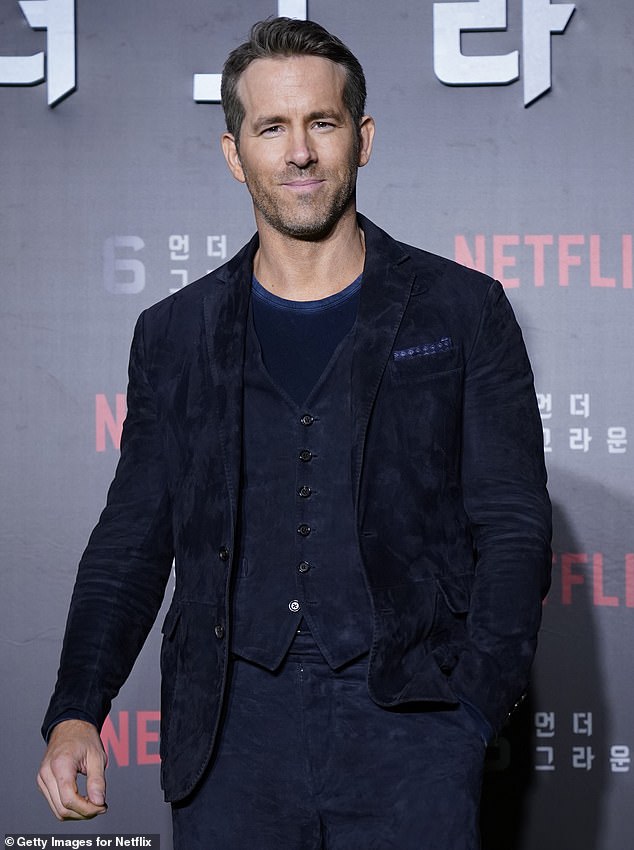 FX also has a docuseries in production titled Welcome To Wrexham that will chronicle Ryan and Rob as they attempt to revitalize the struggling club.

It was announced earlier this month that Wrexham will travel to the United States for a five-day training camp in July, marking the club’s first trip to the US.

The camp will culminate with a friendly fundraiser match on July 29 against the Philadelphia Union, which is the hometown of co-owner Rob. 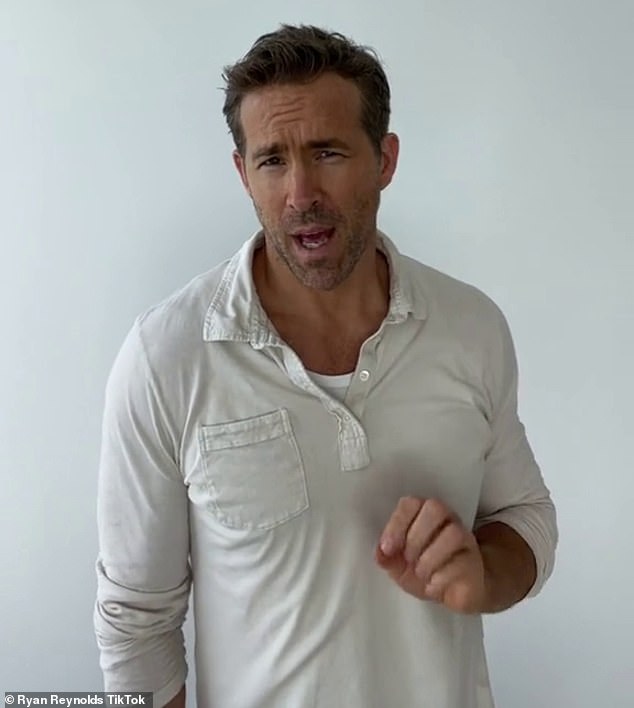 Debut video: The actor joined the popular Chinese social networking app by performing a lip-sync of I Swear by All-4-One just like his character Chris Brander did in the comedy

Wrexham were taken over by the two actors in February of this year after the pair made a £2million investment in the club, with the view to take the Red Dragons up the English football pyramid.

As part of the new agreement with popular social media video site TikTok, the non-league club will have the company’s logo on their shirts, while the club will launch a channel on the popular platform.

Wrexham director Humphrey Ker said: ‘We were blown away by the ideas that TikTok had for their partnership with the Club. The opportunity to access the full breadth of their platform creates a community-building opportunity many will envy. 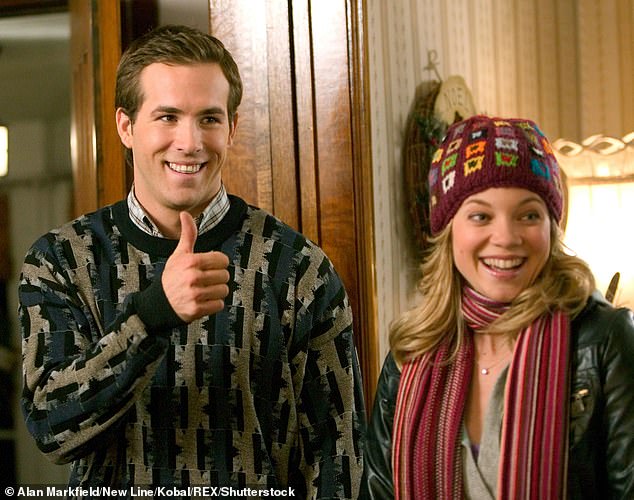 Christmas comedy: Ryan and Amy Smart are shown in a still from the 2004 Christmas romantic comedy Just Friends

‘Our soon-to-be-launched official TikTok account will feature all those involved at the Club, including both Rob and Ryan.

‘To have TikTok on the front of our shirts is a great coup and we are sure it will be popular among our fanbase, as well as with those who are active on TikTok.’

Both Reynolds and McElhenney have TikTok accounts and posted videos of them with the new 2021-22 Wrexham kit on Wednesday afternoon, with the former posting an image of his Deadpool character Wade Wilson in the new strip.

TikTok Head of Global Marketing Nick Tran added: ‘TikTok is uniquely positioned at the centre of entertainment, technology, and the creator community to help bring Wrexham A.F.C.’s story to life to global audiences.

‘With the growth of football clubs, players and trends on TikTok, joining Rob and Ryan in returning Wrexham A.F.C. to the English Football League was a natural choice for us. 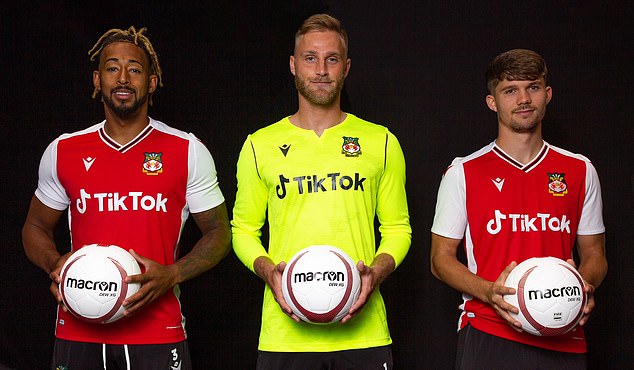 Venture: Wrexham have announced they will be sponsored by TikTok over the new two seasons

‘We are proud to play a small part in championing the return of Wrexham A.F.C. to the top-flight of football and sharing the journey with the town of Wrexham, our community, and fans everywhere, in ways only TikTok can.’

Both Reynolds and McElhenney began impacting the club by putting teasing messages on the advertising boards during the club’s home matches.

‘We are with you in spirit but not in the haunting horror movie kind of way,’ declared one mesage, which randomly appeared on the LED boards at the Racehorse Ground. 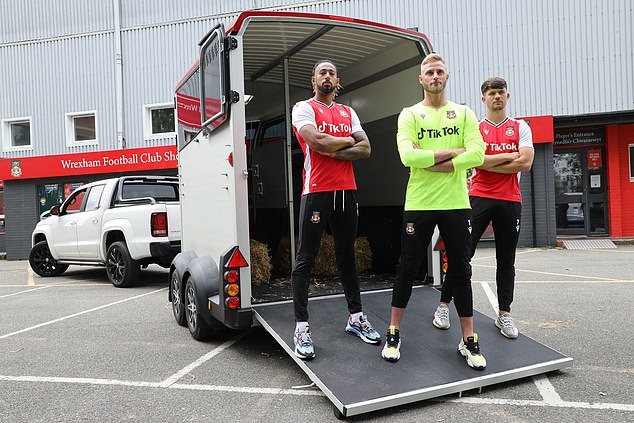 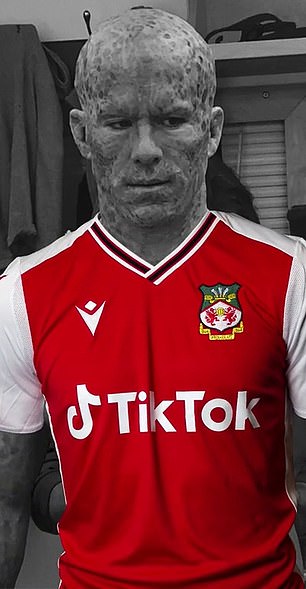 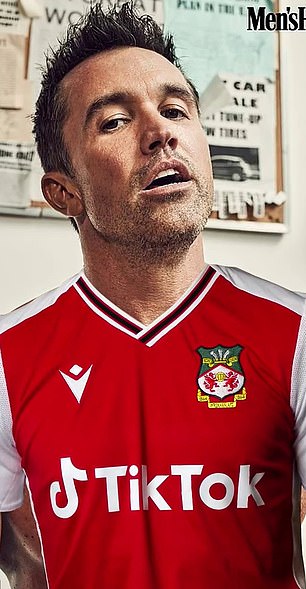 Posers: Reynolds (left) and McElhenney (right) both posted TikToks of them in the new kit this week

‘We’re watching! But not in a creepy stalker kind of way,’ beamed out another.

The club will also be the focus of a documentary, called ‘Welcome to Wrexham’, providing fans with a behind-the-scenes look of the Hollywood duo’s first two years at the non-league club.

On the pitch, Wrexham’s first few months with Reynolds and McElhenney at the helm started brightly, but the Red Dragons missed out on a National League play-off spot on the final day of the season thanks to a 1-1 draw with Dagenham & Redbridge.

It was announced last month that head coach Dean Keates will not manage the team next season, leaving the Hollywood duo searching for a new manager before the 2021-22 season. 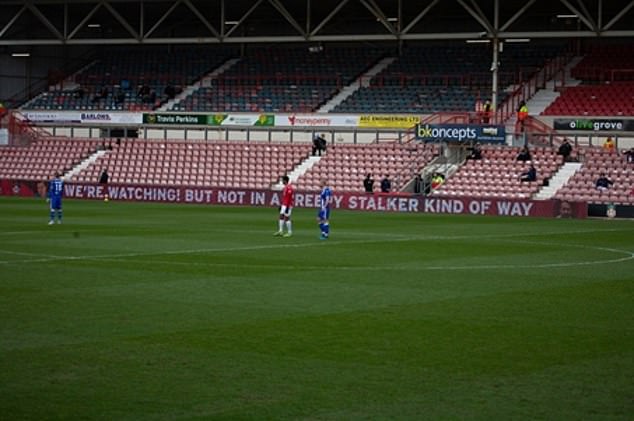 Whilst announcing Keates’ departure, Wrexham’s North American owners reiterated their vow to bring the club back to the EFL ‘at the earliest opportunity’ and that ‘a change of manager will provide us with the best chance of achieving that objective’.

Ryan has scored his biggest commercial success with the Deadpool franchise and a third film set in the Marvel Cinematic Universe is under development by Marvel Studios, which acquired film rights to the character with its acquisition of 21st Century Fox by Disney.

The Vancouver, Canada native has been married since 2012 to actress Blake Lively, 33, and they have daughters James, six, Inez, four, and one-year-old Betty together.

Ryan can be seen in the action film Hitman’s Wife’s Bodyguard that was released earlier this month in theaters by Lionsgate. 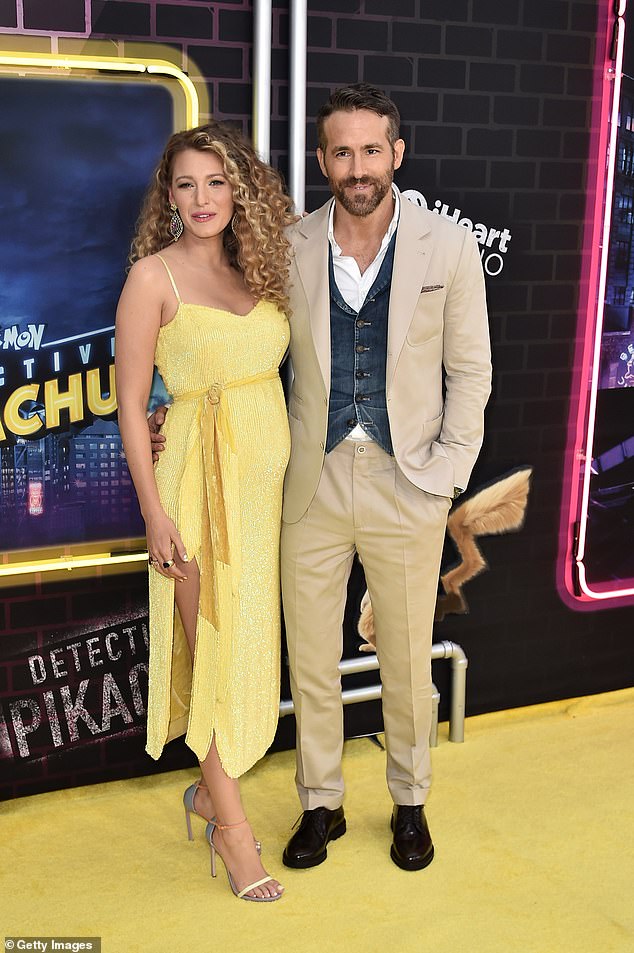 Cute couple: The Vancouver, Canada native has been married since 2012 to actress Blake Lively, shown together in May 2019 in New York City, and they have daughters James, six, Inez, four, and one-year-old Betty together