There’s an eight-armed painter in Florida and its name is Farallon.

The artistic octopus can be found at The Florida Aquarium in Tampa and it has taken up painting as an “enrichment” activity, according to the aquatic conservation center.

The Florida Aquarium shared a video of Farallon working on two paintings Monday across its social media channels. Farallon created blue and purple pieces of art from its tank while an aquarium worker served as a human easel. 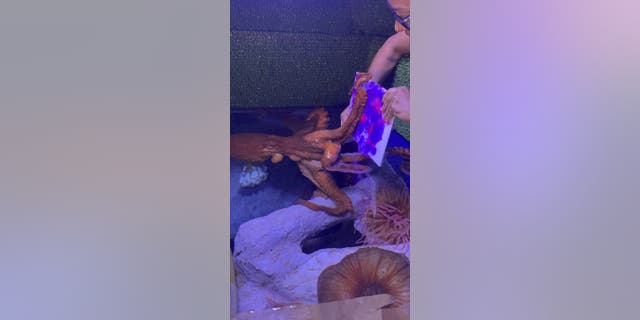 Farallon’s paint-covered canvases were wrapped in plastic, which appears to serve as a barrier for its grippy suction cups.

Two lucky people will win the original pieces of artwork, according to The Florida Aquarium’s Instagram account.

“No better way to wrap up #CephalopodWeek than with an octopus enrichment painting session,” the aquarium captioned the short video. “Comment below your favorite thing about octopuses to be entered to win this octopus painting!”

OCTOPUS LASHES OUT AT MAN ON AUSTRALIA BEACH IN VIRAL ATTACK 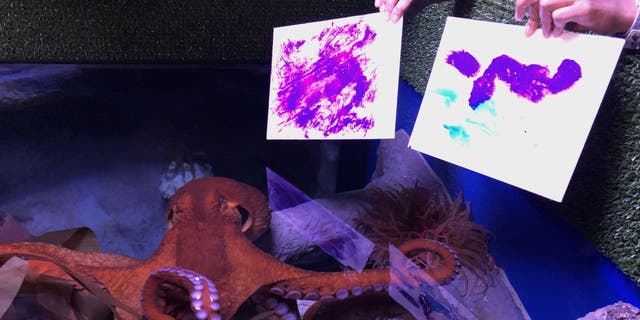 In an email sent to Fox News, The Florida Aquarium wrote that Farallon is new to painting.

“Like all giant Pacific octopus, The Florida Aquarium’s GPO Farallon is an extremely intelligent creature. Enrichment activities are key to optimal animal welfare as a result the professional care team provide her with a wide variety of activities from puzzles, to painting and more,” said Aquarium Biologist Halley Miller.

“This was first time we presented Farallon this activity. She was very engaged with the canvases; using her arms and suckers to push around the paint,” Miller added.

Farallon isn’t the only talented octopus out there. Other aquariums and zoos have helped these tentacle-equipped animals partake in the arts in recent years, including The Sea Life Charlotte-Concord Aquarium in North Carolina, The Toledo Zoo in Ohio and Oregon State University’s Hatfield Marine Science Center.

The Rock posts extremely toned body, shares training has been hardest of my career – Yahoo Life