After Wednesday’s bombshell court hearing, in which Britney Spears aired her concerns over the 13-year conservatorship that hangs over her, many are left with more questions than answers following the pop star’s address. In her testimony, Spears stated on the record that she didn’t feel she “was heard on any level” the last time she spoke to the court in 2019.

Fox News spoke with three experienced and well-versed attorneys, who are not involved in the legal matter, but lent insight into what could happen with Spears’ conservatorship considering the involved parties now have to go back to the drawing board and come to an agreement on what to do moving forward.

David Glass, a certified family law attorney and partner with Enenstein Law who also holds a Ph.D. in Clinical Psychology, said he believes the judge presiding over the case is in a precarious position as Spears has stated her desire to dissolve the conservatorship without having to prove her mental fitness.

He added: “But even adding that step probably is not enough to get her out of it. I think she’s going to need a psychological evaluation to show that she’s not currently suffering from any mental illness that will prevent her from taking care of herself or taking care of her money. And so that may be an issue for her because she expressed that she did not want to have an evaluation.”

Meanwhile, attorney Harry Nelson, who is the founder and managing partner of the Los Angeles-based firm Nelson Hardiman, believes that Spears “can – and very likely will – end the conservatorship simply by filing a petition to terminate it and supporting the case that she made to Judge [Brenda] Penny.”

Nelson added that in his estimation, “the vast majority of conservatorships do not get terminated, simply because the conserved person is severely disabled or elderly and not in a position to mount a challenge once a conservatorship is imposed” but maintained that “it is not unusual for someone who has made meaningful strides in their self-management to request and obtain the lifting of a conservatorship.”

Asked how quickly the conservatorship could be dissolved in the event Judge Penny does grant Spears’ request if she chooses to submit a petition, Glass explained that with the case being so prevalent in the media – such a matter could be wrapped up sooner rather than later.

“It’s really a question of how fast can the judge set hearings.,” he explained. “So typically in regular old probate cases, this could take six months to a year – that’s just how slowly that court’s calendar runs. I think the court feels the pressure from all the public opinion and all the news articles and everything else that’s going on – and so the court basically said, ‘You guys get together, figure out when you can come back into court and I’ll make sure we find a date.’ So probably this is a three to six-month process to go through the whole process and have her – if she proves what she needs to prove – have her released from the conservatorship.”

Attorney Peter Walzer, a partner of Walzer Melcher family law, also weighed in on the matter.

“Perhaps [Wednesday’s] hearing will give all of the parties involved to come to an out-of-court arrangement that will be acceptable to all the parties,” he said. “It is likely the court will approve such a settlement if it offers protection for Britney and may be acceptable to Britney if it gives her a sense of freedom.” 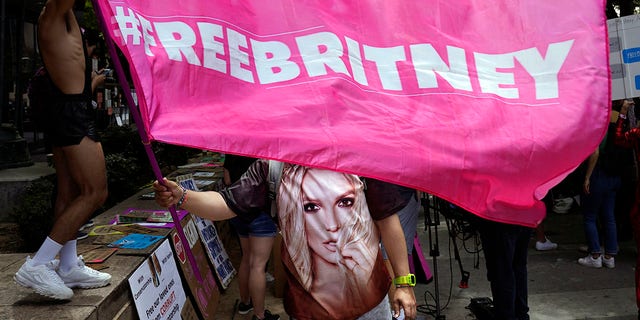 During her speech, the Grammy-winner alleged that her father, Jamie Spears, “loved” the control he held over her as her conservator.

James P. Spears, otherwise known as Jamie, was appointed his daughter’s conservator in 2008 after Spears was taken to a hospital by ambulance to undergo involuntary psychiatric evaluations – which the “Baby… One More Time” performer told the court in 2019 that she felt was a forced move by the conservatorship.

“I want changes and I want changes going forward,” Spears said in her address to the court. The star went on to note that she doesn’t want to be evaluated to determine if she has regained her mental capacity.

Spears also said she’s blocked from getting married and removing her contraceptive in order to have more kids.

In response, Jamie’s attorney Vivian Thoreen gave a brief statement during the hearing on his behalf after she conferred with him during a recess.

“He is sorry to see his daughter suffering and in so much pain,” Thoreen said. “Mr. Spears loves his daughter, and misses her very much.”

Spears is currently vacationing in Hawaii with her boyfriend Sam Asghari.