Jennifer Lopez couldn’t stop smiling during a romantic night out with Ben Affleck in Los Angeles on Friday.

The 51-year-old superstar and the “Way Back” actor, 48, were spotted enjoying each other’s company while heading to a dinner at Avra Beverly Hills Estiatorio, an upscale seafood restaurant in Beverly Hills.

Photos from their outing show the “Hustlers” actress was smiling ear to ear while riding in the backseat of a car. The pair shared some laughs, and at one point, Lopez was seen cracking up in the backseat as Affleck ducked down in front of her.

A source tells Fox News the formerly engaged couple attempted to be incognito about their rekindled romance but eventually gave up the charades. 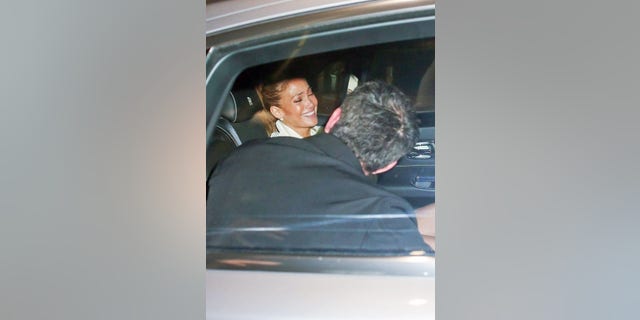 Jennifer Lopez erupts in laughter while having fun with Ben Affleck in the back seat on their way to dinner in Beverly Hills.
(Max Lopes – EVGA- roger / BACKGRID)

JLo put on a leggy display as she was photographed wearing an off-white blazer paired with beige shorts and strappy heels for the occasion.

Meanwhile, Affleck went casual with a green button-down shirt, dark jacket and pants. At one point, the actor was spotted trying to block his face with a cell phone while the two were hounded by paparazzi.

A source told People magazine that the two were both “in a great mood” during their meal. 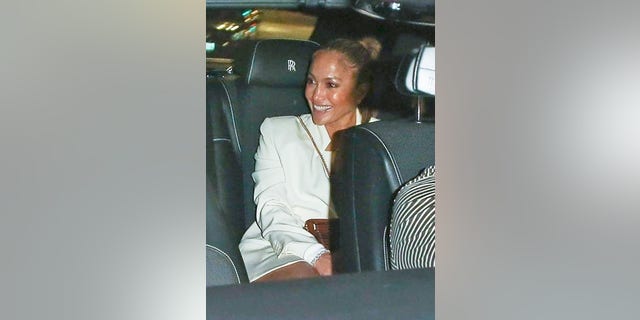 The ‘Hustlers’ actress sported a big smile during her way to dinner with Ben Affleck.
(Max Lopes – EVGA- roger / BACKGRID)

Affleck and Lopez got engaged in 2002, and were infamously dubbed “Bennifer” in headlines. They postponed their wedding in 2003. just days before they were set to tie the knot. By 2004, the pop culture pair’s relationship was over. 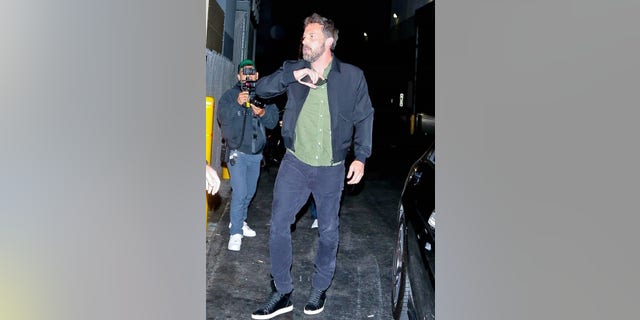 Ben Affleck attempted to hide his face from cameras with his cell phone while stepping out for dinner in Beverly Hills with JLo.
(The Daily Stardust/ Max Lopez / BACKGRID)

In recent months, Lopez and Affleck have been spotted spending time together in Montana, Los Angeles and Miami.

A source recently told Us Weekly that Rodriguez is having a hard time moving on. “It’s a tough pill to swallow, but that’s his new reality,” the source said of Affleck. 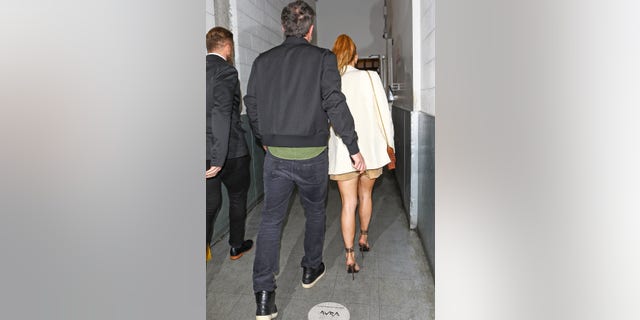 The “Justice League” star has three children of his own with ex-wife Jennifer Garner: Violet Anne, 15; Seraphina Rose Elizabeth, 12; and Samuel Garner, 9.  Affleck split with Ana de Armas in January.