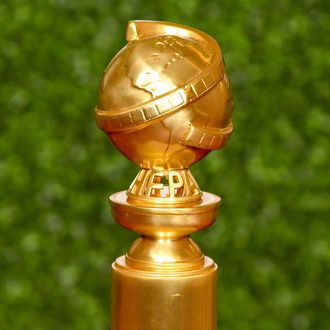 Following months of controversy, two Golden Globes voters have resigned in protest from the Hollywood Foreign Press Association over the organization’s attempt (or lack there of) to address alleged racism, sexism, and other institutional issues. According to the L.A. Times, journalists Diederik van Hoogstraten of the Netherlands and Wenting Xu of China sent their letter of resignation Thursday to the organization, calling HFPA “toxic” and its attempts to correct systemic problems merely “window-dressing.” Writes the pair, “Insulation, silence, fear of retribution, self-dealing, corruption, and verbal abuse are just a few ways to describe the current culture.”

In May, companies like Netflix, Amazon Studios, Warner Bros., and HBO declared their intention to stop working with HFPA if it failed to swiftly make tangible changes, while NBC decided not to broadcast next year’s Golden Globes entirely. (Not to mention Tom Cruise sent back his three statuettes, for goodness’s sake!) “The majority of the membership resists transformative change, despite our lawyers and spokespersons suggesting otherwise publicly,” write van Hoogstraten and Xu. “Internal opposition to the status quo has been stifled, and critical voices such as ours have largely been ignored.”

However, in a statement reported by Deadline Thursday evening, the Hollywood Foreign Press Association accuses the exiting members of attempting to “sow division and doubt” while operating with “their own agendas.” Says HFPA in part, “At a time when the overwhelming majority of our members have chosen to be a part of change, it is disappointing that some members have decided to try and splinter our organization and sow division and doubt. While some may have their own agendas, the Board and membership of the HFPA share one, common goal — passing the transformational change our organization needs.” Last month, the organization released an updated code of professional and ethical conduct, with a goal of implementing those and other changes by August.