Abraham, 30, was one of multiple young stars Teigen once harshly criticized online, going as far to call the reality TV star a “w—e” in a 2013 tweet. In a post of her own on Medium on Tuesday morning, Abraham says she still has yet to receive a direct apology from the “Cravings” cookbook author despite Teigen’s written intention on Monday of reaching out to all of the people she’s targeted online.

“As you’re asking yourself ‘Did Chrissy ever apologize to Farrah’, hypocritically as such at this time no she has not. As a reminder Chrissy ended her light hearted post, so similarly as her past remarks with taking care of her family and herself. So I understand the time it will take to really be beyond her past behavior,” Abraham penned.

“I don’t believe only I deserve a confident apology like the other strong woman today. I truly have no one else taking care of my family, I realistically need time for myself who must take time psychologically from my doctors orders to be the strong woman I need to be to keep this life going I’ve fought so hard for.”

Abraham goes on to share that it’s not just her but her own 12-year-old daughter Sophia who is deserving of an apology. 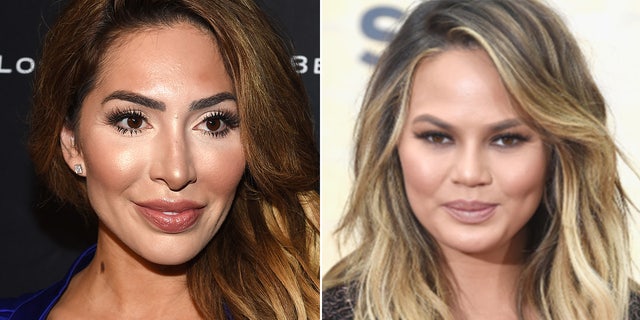 Farrah Abraham posted a lengthy response to Chrissy Teigen’s apology on Tuesday, hinting that she believes the ‘Cravings’ cookbook atuhor has acted like a hypocrite.
(Getty Images)

“An apology maybe due to me only in Chrissy’s eyes but as a mother there’s also an apology due to my child who has to witness the aftermath of remarks publicly that not only affects her mom but her. This mentally affects children and their time with their mothers. Those who hurt mother’s are also responsible for hurting their children,” Abraham’s post continues.

The former MTV star went on to reflect on Teigen’s online apology, noting that Teigen herself recognized her past behavior “was used to get clout, notoriety, build a following get famous,” among other things.

“It was very much a ‘Mean Girls’ movie spin-off of a ‘wish I could use vulnerable, nice, famous types with more following with press push leverage, to be more popular’ kind of spiral out that would come sooner or later like in the movie,” Abraham wrote.

The ex-reality star goes on to share that she’s working on her second memoir, “Dream Twenties.” She said its release has been delayed because she’s “adding more meaningful life changing events” to it.

“I pledge to support and help others through my life’s work God blessed me with and with the strength God gave to live through it. I support this with my past decade of a memoir to support you accomplishing your dreams when no one else is supporting them with you,” Abraham continued. 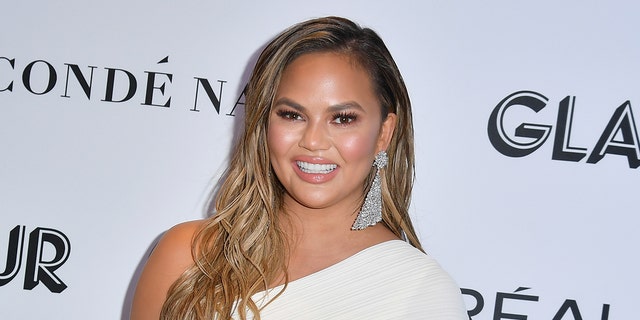 Chrissy Teigen broke her silence on her ongoing cyberbullying scandal on Monday with a lengthy apology on Medium.
(Getty)

Abraham, best known for her past appearances on MTV’s “Teen Mom” and “16 and Pregnant,” has long been open about her mental health struggles. In her response to Teigen, she said she’s currently in therapy to address “severe ADHD” among other issues.

She claims she was in a “different traumatic state of healing” at the time Teigen tweeted in 2013: “farrah abraham now thinks she is pregnant from her sex tape. in other news you’re a w—e and everyone hates you whoops not other news sorry.”

She said bereavement from events that took place during her adolescent years is still something she’s working through today.

“At that time I was very much staying strong for my daughter and dealing with public sex shaming, by those who took advantage of my vulnerability in the same both men and woman. Like a lot of teen mothers with a lot of undeserved criticism, judgement, being taken advantage of and so much else many older moms will never understand, those who do not have children and men. 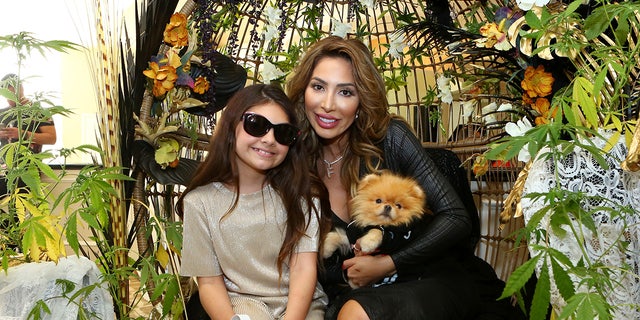 “I was determined to succeed then as I am determined in my current situation to put my healing, mental health number one as always because without that continual work for over 10 years and more in my future — wow! I would really be less emotionally developed and at a lack to help myself currently and others that I do each day as I fight to live a loving beautiful life that joys me filled with justice.”

In past interviews with Fox News, Abraham called Teigen’s bullying “highly disturbing” and accused her of sex shaming.

“When I initially saw Chrissy Teigen make these comments I could tell she was a desperate music video groupie and model. [At the time] I just thought it was only with me and I ignored her because I don’t behave like that. Now I see it’s tons and tons of people. It really bothers me right now,” Abraham told us at the time.

In her own Medium post, Teigen admitted: “Not a day, not a single moment has passed where I haven’t felt the crushing weight of regret for the things I’ve said in the past.”

The star then went on to unequivocally denounce her past actions.

“I was a troll, full stop. And I am so sorry,” Teigen wrote.

Ultimately, the former model made a promise to do better and spread nothing but love with her platform going forward. She also makes sure to note that it’s OK if her apology isn’t enough to get people she let down on her side again.

“I won’t ask for your forgiveness, only your patience and tolerance,” Teigen concluded. “I ask that you allow me, as I promise to allow you, to own past mistakes and be given the opportunity to seek self improvement and change.”

The Witcher 3: Wild Hunt Is Getting Free DLC Inspired By The Netflix Show – Nintendo Life

Of Course Cara Delevingne Lives in an ‘Adult Playhouse’ – The Cut