The Duke and Duchess of Cambridge may be asked to spend more time in Scotland under plans reportedly drawn up by palace officials to bolster the Union.

Kate and William would spend more time at Balmoral, according to the Sunday Times, in light of growing support for Scottish independence after the Scottish National Party’s landslide victory in the Holyrood election last month.

The couple would also strengthen ties with their former university town of St Andrews if the proposals go ahead, the report says.

The report comes just days after the couple’s tour of Scotland in which William said the country was ‘so important’ to himself and his wife. 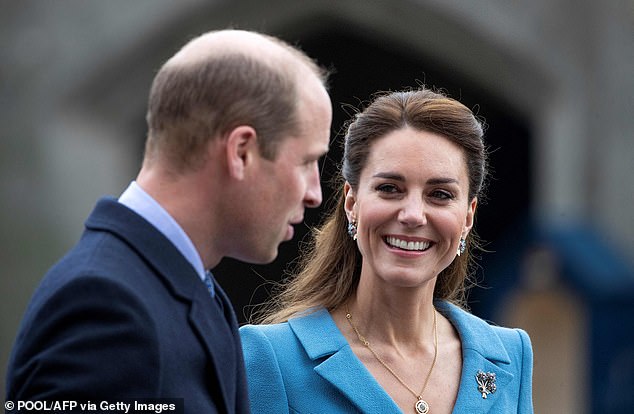 On the final day of their visit, William and Kate held a meeting with Gordon Brown who has recently launched a renewed campaign to save the Union.

The couple sat down for talks with the former prime minister and his wife Sarah at the Queen’s official Edinburgh residence.

William later gave a highly personal farewell speech as his week-long tour drew to a close, describing how Scotland has ‘shaped’ him and praising its people and values.

The argument over Scottish independence has intensified after the Scottish National Party’s landslide victory in the Holyrood election in May, which also produced the largest pro-independence majority in the Parliament in the history of devolution.

Boris Johnson has since stood by his pre-election position, saying the focus should be on the recovery from Covid-19 and not on another independence referendum.

Last month, a spokesperson for Kensington Palace said: ‘During his time in Scotland Prince William has spoken to a broad range of people from different communities including politicians from across the political spectrum.’ 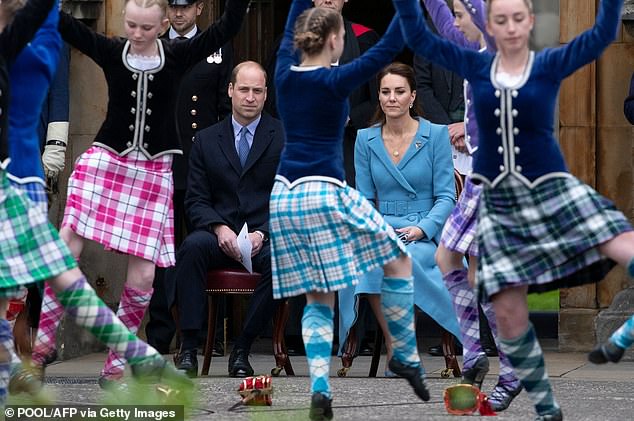 Kate and William would spend more time at Balmoral and strengthen ties with their former university town of St Andrews if the proposals go ahead, according to the Sunday Times 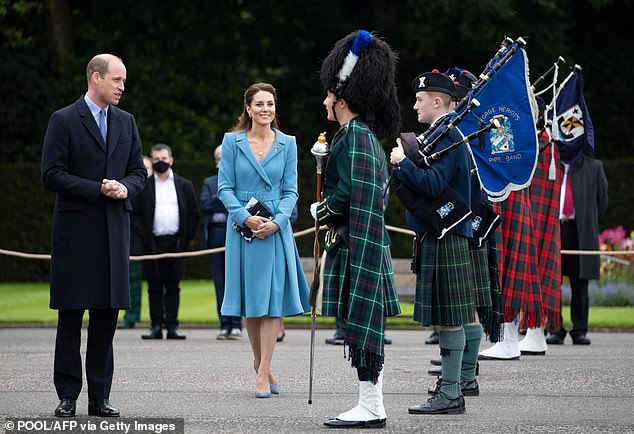 The duke sat down for talks with First Minister Nicola Sturgeon and also met Alistair Carmichael, Liberal Democrat MP for Orkney and Shetland.

Soon after the Holyrood election Mr Brown announced his Our Scottish Future think tank which will become a ‘campaigning movement’ seeking to appeal to ‘middle Scotland’, those who are not entrenched in their positions on the union or independence.

Mr Brown, who played a key role in the No campaign during the 2014 vote, has said those in middle Scotland are ‘patriots not nationalists’ who want to see greater cooperation between the UK’s governments. 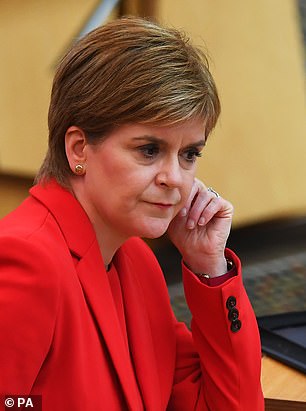 Ahead of the Scottish independence referendum in 2014 the Queen reportedly said she hoped voters would ‘think very carefully about the future’.

Before the Queen’s reported comment Buckingham Palace had issued a statement, following speculation she was growing increasingly concerned about Scotland breaking away, saying any suggestion the monarch would wish to influence the outcome of the referendum was ‘categorically wrong’.

Speaking in Edinburgh at the closing ceremony of the General Assembly of the Church of Scotland, William said about some of the memorable individuals he had met: ‘These people make Scotland the vibrant, friendly, innovative and determined place Catherine and I love, and is so important to us.’

The duke who is the assembly’s Lord High Commissioner added: ‘I’m shaped by this place. The abiding affection I feel for it is rooted in my experience of its everyday life in people, relationships, and its ethic of neighbourliness.’

The Duke and Duchess of Cambridge drew rebuke from Alex Salmond after their visit, who and demanded William stay out of the fight to keep the United Kingdom together.

Scotland’s separatist former first minister said it would be ‘foolish’ for Prince William to become embroiled in the row over the country’s future after he met Gordon Brown, who one of the leaders of the pro-union camp which won the Scottish independence referendum in 2014.

Mr Salmond, who was first minister when the vote on Scotland’s place in the UK took place, accused pro-UK leaders of ‘unscrupulous unionist desperation’ by trying to recruit the royals to campaign for the union.

But his bizarre rant came after William met with other politicians on his visit, including his SNP successor Nicola Sturgeon.

The current First Minister is demanding a new referendum after the SNP was returned as the largest party at Holyrood in the election three weeks ago.

Mr Salmond, who now leads the fringe Alba Party, said: ‘Whatever Prince William thought he was doing by agreeing to a confab with Gordon Brown just as he set up his latest campaign for the union … we should have no hesitation in seeing from that meeting, unionist preparation for attempting to persuade a constitutional monarchy to intervene in a constitutional debate which should be left to the people.’

He added: ‘It would be very wise for the royal family to follow what has been the Queen’s example over her long reign, to keep the monarchy over and above politics, and it would be foolish to have a situation in which it can be said that the monarchy is involved in the Scottish Constitutional debate.’

Billie Eilish Apologizes For Use Of Racial Slur In Resurfaced Video: “I Am Appalled And Embarassed” – Deadline