Kim Kardashian is opening up about her decision to allow “Keeping Up with the Kardashians” producers to address her infamous sex tape on the series’ pilot episode back in 2007.

In a recent interview with the Los Angeles Times, Kardashian, 40, said in hindsight she likely wouldn’t have publicly addressed the scandal had “KUWTK” not existed. Of course, the show took off and producers have since rejoiced at its 20-seasons of longevity.

The family announced last September that the 20th season of “KUWTK” would be the last after 14 years on the air. A new Kardashian imprint is set to hit Hulu in late 2021.

“I do think that, obviously, as producers, I’m sure they loved it,” the newly-minted billionaire told the Times. “And loved [us] wanting to talk about the elephant in the room. And I probably wouldn’t have, unless it was for the show. Sometimes I feel like, ‘OK, I know I should probably deal and get this over with. Someone’s going to ask me, so I might as well just go ahead and do it.'” 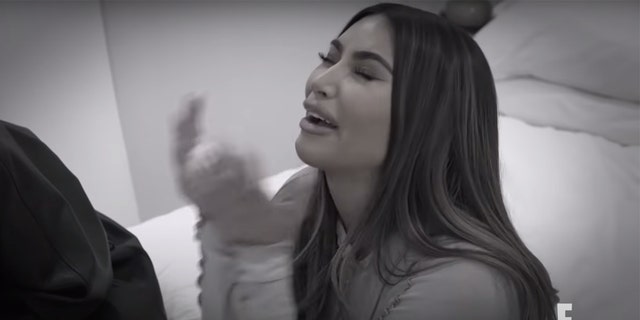 Kim Kardashian breaks down over her marital struggles with Kanye West.
(E! Entertainment)

The Skims founder maintained that filming the show helped the family “deal with things, instead of sweeping them under the rug,” adding, “at the end of the day, I was always open and honest and wanted to share whatever I was going through. I wasn’t going to hold back.”

A former executive for E! also rebuffed speculation that the family was handed the show as a result of the priceless publicity the home video had brought upon the group.

“I think everyone’s like, ‘The sex tape made the show happen.’ It was so not about that at all,’” Lisa Berger, who at the time was the network’s executive vice president of original programming and series development, explained to the Times.

“I remember Kim being conflicted about it, because she hated everything that was going on around that tape,” executive producer Farnaz Farjam also relayed to the publication. “We all talked about, ‘We just have to own all the controversy around this family’ and jumped in with both feet in the first episode. Then, the audience can get to know them at a much deeper level than what’s been tabloid headlines.”

The series was produced by Ryan Seacrest Productions and its senior vice president of production and development, Eliot Goldberg, described the move to address the tape right off the bat as nothing short of “brilliant.”

WHAT IS THE KARDASHIAN-JENNER FAMILY’S NET WORTH?

“They knew they had to deal with the sex tape,” he said. “It was really brilliant that if they dealt with it right at the top, and put it to bed, the world, and them, could move on.”

Jenner, 65, also added that in her eyes, there was no better opportunity for the family to take the plunge into reality TV stardom. 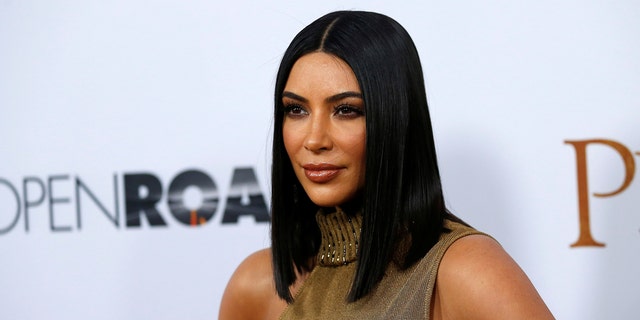 Kim Kardashian opened up on her decision to address her infamous sex tape on the ‘Keeping Up with the Kardashians’ pilot episode back in 2007.
(REUTERS/Mario Anzuoni)

“Kourtney was a little hesitant. She was like, ‘Wait, what are we doing? Let me just wrap my head around it,'” the “momager” explained. “But everybody else was so enthusiastic. I went into that [production] meeting with a lot of confidence and anticipation that it was really going to happen. And I just really felt like that was the move for us as a family.”

The announcement of the reality show’s close was made by Kardashian via Instagram in a letter “to our amazing fans.” A spokesperson for E! also confirmed the move to Fox News.

“It is with heavy hearts that we’ve made the difficult decision as a family to say goodbye to ‘Keeping Up with the Kardashians,” the 40-year-old reality star and businesswoman captioned a lengthy note.

The “Keeping Up with the Kardashians” series finale will air its curtain call on June 10 at 8 p.m. ET on E!

This Is Us Season 6: Will Kate and Miguel Die by the End of the Series? – Showbiz Cheat Sheet