Ricky Martin revealed he still suffers from PTSD over a disastrous 2000 interview with Barbara Walters.

Martin publicly came out as a gay man in 2010 after years of speculation about his personal life. However, the singer was put on the spot to publicly confront his sexuality a decade prior during an interview with Walters that he says still gives him anxiety to think about today.

The “Livin’ La Vida Loca” singer discussed the cringe-worthy moment during an interview with People in celebration of Pride Month. At the time, rumors circulated that he was gay and Walters thought she would give him the opportunity to address them once and for all.

Martin, 49, who explained he was still questioning his sexual orientation and was certainly not ready to get the public and his fans involved, dodged the question saying, “I just don’t feel like it.”

“When she dropped the question, I felt violated because I was just not ready to come out. I was very afraid,” he said, getting very shaken up thinking about the moment 11 years later. “There’s a little PTSD with that.”

Walters previously acknowledged that the question was “inappropriate” in an interview with the Toronto Star shortly after Martin finally came out. 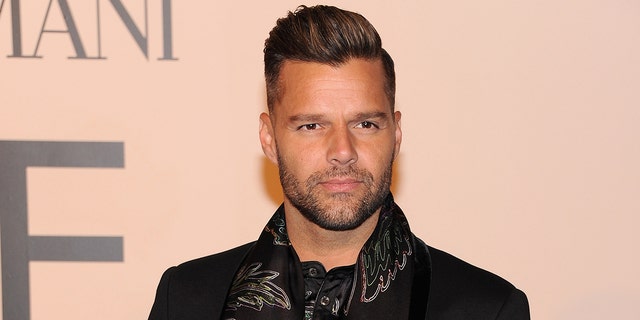 Singer Ricky Martin revealed that he has PTSD over a 2000 interview with Barbara Walters.
(Dimitrios Kambouris/Getty Images for Giorgio Armani)

“In 2000, I pushed Ricky Martin very hard to admit if he was gay or not, and the way he refused to do it made everyone decide that he was,” she said at the time. “A lot of people say that destroyed his career, and when I think back on it now I feel it was an inappropriate question.”

However, after coming out in 2010 and living his life for more than a decade in the public eye as his authentic self, Martin says he may have approached the interview differently if he could go back.

“A lot of people say, what would you do differently?” he told the outlet. “Well, maybe I would have come out in that interview. It would’ve been great because when I came out, it just felt amazing. When it comes to my sexuality, when it comes to who I am, I want to talk about what I’m made of, about everything that I am. Because if you hide it, it’s a life-or-death situation.”

Not only does Martin explain that he would have liked to get started living as an out man sooner, but he regrets not using his fame to help out youth that may have been struggling with their sexuality at the time as well.

“There are many, many kids out there that don’t have someone to look up to. All they have around them is people telling them, ‘What you’re feeling is evil,'” he explained. “But, you can’t force someone to come out. But if you have an egg and you open it from the outside, only death comes out. But if the egg opens up from the inside, life comes out.”