Guns N’ Roses is heading back on tour in the U.S.

On Tuesday, the band announced its return to the stage – and 14 new tour dates in Las Vegas, Phoenix, and even two dates in Atlantic City, New Jersey, among others.

Tickets go on sale Friday at noon, although fan club and other presales will begin before that.

Whether you’re planning to attend one of their shows this summer or not, here are five things to know about Guns N’ Roses.

According to Encyclopedia Britannica, Guns N’ Roses was formed in 1985 in Los Angeles and signed a record deal with Geffen Records the following year.

The band’s first album was “Appetite for Destruction,” which it released in 1987. 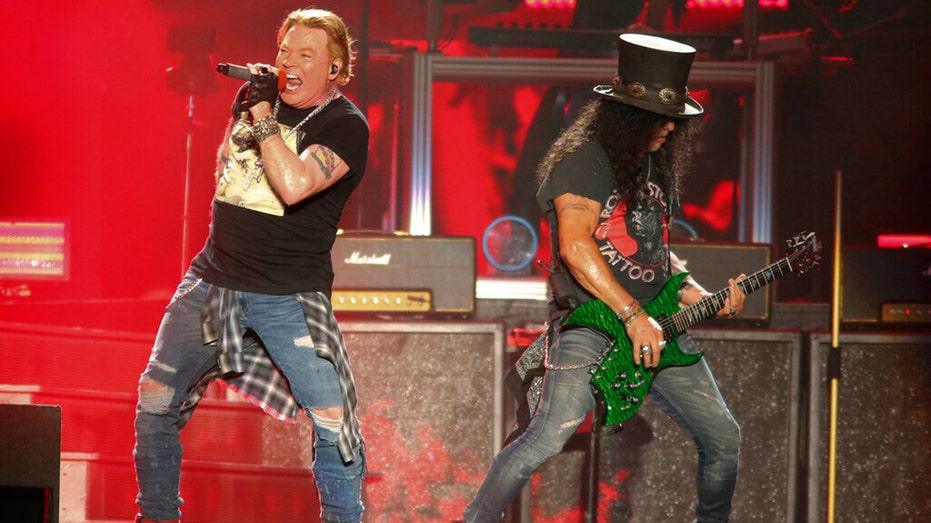 Their album ‘Chinese Democracy’ cost more than $13M to produce

Gun N’ Roses’ album “Chinese Democracy” was finally released in 2008, after decades of waiting and millions in production costs.

In fact, according to a 2005 article by The New York Times, production costs exceeded $13 million, making “Chinese Democracy” one of the most expensive rock albums ever made.

Lead singer Axl Rose reportedly started working on the album as early as 1994, The Times reported. According to Rolling Stone, the album was recorded and re-recorded in 15 different studios and with several producers.

In 2019, Forbes put Guns N’ Roses in 71st place on its “2019 Celebrity 100 Earnings” list. According to the magazine, the band made $44 million that year by playing 29 shows on its “Not in This Lifetime… Tour.” The band reportedly made more than $4 million per show, the magazine reported.

Duff McKagan, the bassist for Guns N’ Roses, opened a wealth management firm in 2011, according to an article by Rolling Stone at the time.

After years of alcohol and drug abuse, McKagan’s pancreas ruptured in 1994 and during his recovery, he realized he didn’t understand the band’s finances, Rolling Stone reported.

McKagan decided to take a basic finance course at Santa Monica Community College and went on to study at Seattle University’s Albers School of Business, according to Rolling Stone.

After that, McKagan founded Meridian Rock to help other musicians.